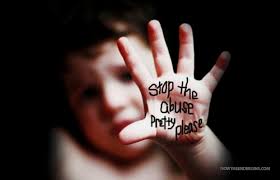 Just as it has been emphasized for years by many groups who champion and support morality and a moral code,  pedophiles courtesy of  some law professors  are now arguing for civil rights protections, and they are actually presenting some pretty clever,compelling, and convincing arguments.

Which I’m sure over time will eventually sway the thinking of many American’s most who sadly don’t stand for anything, and as the old saying goes and it’s true, unfortunately  when you don’t stand for  something, you will fall for anything.  “You can read the article below”.

In other words they want to be afforded similar protections under the law that  blacks and other minorities enjoy. The legalization of homosexual and lesbian marriage, is obviously creating a movement whereby other sexually perverse groups are now using many of the same arguments that homosexuals and lesbians use to justify their right to live, exist, and be accepted by society, and to further their own agenda.

Eventually claiming that pedophilia is not really unlike homosexuality and lesbianism and is just another normal and acceptable lifestyle. And it’s not surprising when you understand the homosexual and lesbian agenda and the pedophile agenda are one and the same and are essentially interconnected.

The stage is now set for these perverse groups to seek and now acquire rights and civil rights protections  based on the same criteria and arguments the homosexual and lesbian community used to attain rights and the right to marry.

You simply cannot legalize one form of perversion and not legalize another. When they can and will use the same arguments the other group used to justify,get rights and legal protections for their lifestyle and behavior. Eventually expect pedophilia and other forms of perversion to be legalized as well.

Especially when you have homosexuals and lesbians in political positions who will ultimately and eventually worked to champion their cause.  America is essentially digging its own physical, spiritual and national grave, with the widespread legalization of these kinds of sexual perversions.

Expect America to ultimately  be weakened by disasters, disease, drought and famine,and eventually  destroyed by nuclear annihilation from an invading military force because of it’s blatant sin and rebellion against God and his authority.

The nation’s tough anti-pedophilia laws are unfair to pedophiles, according to an op-ed published by The New York Times’ editors.

“One can live with pedophilia and not act on it,” says Margo Kaplan, an entrepreneurial assistant law professor at Rutgers University, and a former lawyer for the American Civil Liberties Union.

Tragically, the roughly 1 percent of “people who are sexually attracted to children] must hide their disorder from everyone they know — or risk losing educational and job opportunities, and face the prospect of harassment and even violence,” she wrote.

Kaplan is trying to make a legal career in the regulation of expanding sexual diversity, instead of routine and lower-status practice areas, such as torts, probate, crime or copyrights. She’s focused on “legal limitations on intimate decisions, particularly the use of criminal law in areas of health and sexuality,” according to her web page.

Kaplan says criminal law should be changed so that pedophiles are only stigmatized or denied jobs if law school graduates agree that they pose a “direct threat” to children.

That could be a bonanza for law school graduates, because they’d be paid to argue over whether the hiring of a particular pedophile for a particular job is a direct threat to particular children. “The direct-threat analysis rejects the idea that [prospective] employers can rely on generalizations; they must assess the specific case and rely on evidence, not presuppositions,” Kaplan writes.

But this shift would also be a loss for the 99 percent of non-pedophile American citizens and voters, because it would eliminate their longstanding civil right to simply and cheaply exclude pedophiles from mainstream society or from jobs near children.

That right would be handed over to the hourly-paid law school graduates, including judges, defense lawyers, arbitrators and prosecutors, if Kaplan’s career plan becomes law.

The readers’ comments about the article were generally negative.

“Once you give pedophiles legal protection as handicapped individuals, it will become too difficult to keep them from jobs in which they might come into contact with children,” said the top-ranked comment on Kaplan’s article.

“No one who has dealt with these laws in real life would suppose that such evidence is easy to establish or that it provides sufficient protection to employers, who have to consider both the vagaries of the legal system and the costs of legal action,” said commenter Josh Hill.

“I’m beginning to wonder if there is a quiet but persistent movement to normalize adult sexual contact with children,” said an anonymous commenter, Hypatia. “Trying to turn the basest of predators into victims… is repugnant to anyone with even the slightest exposure to the damage done to the victims of this toxicity.”

“When you start to say it is not a crime, when you start to sympathize with people because they can’t control perverse desires, you give them an excuse to justify their behavior,” said commenter DougalE.

But “they need to be shamed and need to be made to fear prison time… zero tolerance, tough love, and long prison terms serve to protect children and when you begin to remove, compromise or weaken those attitudes it will only serve to endanger more children,” he wrote.

Unsurprisingly, Kaplan is eager to advance what she regards as the noble new task of wiping out Americans’ ability and civil right to protect their kids from pedophiles. “The fact that pedophilia is so despised is precisely why our responses to it, in criminal justice and mental health, have been so inconsistent and counterproductive,” she wrote.

“Acknowledging that pedophiles have a mental disorder, and removing the obstacles to their coming forward and seeking help, is not only the right thing to do, but it would also advance efforts to protect children from harm,” she insisted, without providing evidence.

In the 1970s, the Catholic Church accepted the advice of many experts in the new mental-health industry, and concluded that pedophile priests could be successfully treated with private therapy. The theory was not proven correct, and it helped protect many priests as they sexually abused thousands of boys.

That was a disaster for many children and for the church, but it yielded a bonanza of lawsuits, media stories and therapy sessions for professional lawyers, reporters and psychologists.

Kaplan’s new plan could also be good for many New York Times’ readers, who include a greater-than-average number of post-grad lawyers, law-school professors, social workers, regulators, psychologists, judges, expert witnesses and therapists. Many would gain more money and social status if they — not ordinary Americans — can monopolize the inevitable disagreements between pedophiles, their lawyers, employers, victims, parents, and community members.

Kaplan is ready for that burden.

“Arguing for the rights of scorned and misunderstood groups is never popular, particularly when they are associated with real harm,” said Kaplan, whose career likely has been boosted by The New Times Times’ decision to publish and showcase her career plan.

Don’t Allow Them To Prepare Your Food!!