Perverts In The Pulpit

In The Catholic Church, The Homosexual/Lesbian Sickness & Agenda 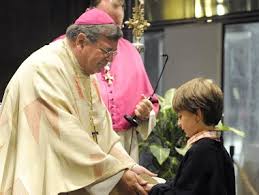 Once again the Catholic church has been rocked by scandal. It amazes me how the world can be so forgiving of an institution that has been so guilty of repeat offenses for the same sins while simultaneously carrying the mantle of a righteous institution when their actions clearly suggest otherwise.

To claim to represent God while repeatedly engaging in abominable sexual offenses is absolutely offensive, terrible, and sickening. Forgiving one or two infractions in regards to breaking the commandments is one thing.

But essentially condoning the behavior by turning a blind eye to the repeated violations of the more serious aspects of the word of God as it relates to abominable sexual behavior is another.

Nowhere in the word of God are we instructed to be tolerant of repeated abominable behavior from religious leaders who claim to be strong representatives of Christ.

We are to forgive over and over. But never justify evil ungodly behavior by continually turning a blind eye to it. At some point, we must call blatant evil and rebellion, and false religion what it is.

At some point, it has to be acknowledged for what it is, ungodly defiance and rebellion, and gross religious deception. With that being said I don’t believe all Catholic priests are pedophiles but the Catholic Church is most certainly a false religious institution and pedophilia is at epidemic levels within the Catholic Church.

False MinistersPerverts In The Pulpit

Proverbs 17:4 – A Wicked Doer Giveth Heed To False Lips And A Liar Giveth Ear To A Naughty Tongue.