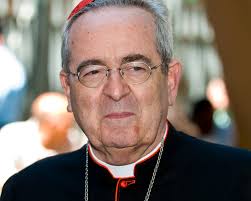 (NEWSER) – Pope Benedict XVI accepted the resignation of Philadelphia archbishop Cardinal Justin Rigali today, sending him into retirement as the archdiocese faces accusations that it covered up a long-running priest sex abuse scandal.

The pope named conservative Denver Archbishop Charles Chaput to succeed him. The brief Vatican announcement said the resignation of the 76-year-old Rigali was for reason of age. He submitted it on his 75th birthday in April 2010, as required by church law, but the pope did not immediately act on it.

But the Cardinal has been under pressure for his handling of the sex-abuse scandal. During his eight-year tenure, a pair of grand jury reports, one in 2005 and one released in February, have rocked the archdiocese by accusing church officials of covering up abuse allegations against priests.

Rigali responded to February’s scathing report by suspending 23 priests and hiring two former city prosecutors to review abuse cases. But victim advocates claimed that Rigali delegated much of the responsibility for child protection to others and offered little support to victims.

Police Face Backlash After Shooting A Fleeing Armed Man Who They Repeatedly Told To Drop A Gun He Denied He Had (But He Really Did Have). And Who Then Appeared To Turn In The Direction Of The Pursuing Officer While About To Aim The Gun (That He Denied He Had) At The Officer.