Wake Up America & The World!!!: If They Can’t Turn You Homosexual Through Lies,False Science, Fake Propaganda And Other Methods They Will Try To Do It Covertly Through Your Food And Drinking Water.

Related Information
Genetically Modifying Mosquitoes To Fight The Zika Virus Is It Worth The Risk? 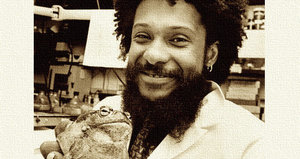 Biologist, Tyrone Hayes is a soft-spoken professor at the University of California with a big message. One of the most commonly used pesticides in agriculture, atrazine, is responsible for feminizing amphibians, according to his research. More importantly, the chemical is effectively eliminating male chromosomes at an alarming rate, at levels which are three times lower than what are currently appearing in our drinking water. It isn’t just lead and fluoride we need to be concerned about, but a known endocrine disruptor, created by Syngenta, that is utterly changing our gene pool.

Hayes has been fighting Syngenta, to report the harmful effects of Atrazine for decades now. His scientific papers describe how Atrazine demasculinizes male gonads producing testicular lesions associated with reduced germ cell numbers in teleost fish, amphibians, reptiles, and mammals, and induces partial and/or complete feminization in fish, amphibians, and reptiles. These effects are strong (statistically significant), consistent across vertebrate classes, and specific. Reductions in androgen levels and the induction of estrogen synthesis – demonstrated in fish, amphibians, reptiles, and mammals – represent plausible and coherent mechanisms that explain these effects.

Other scientists have since come forward to corroborate Hayes’ claims, but not until after Syngenta dumped a 102-page document trying to discredit the scientist.

Atrazine is used on everything from corn fields (75 percent of them are sprayed with Atrazine in the US) to Christmas tree farms, and it is one of the most pervasive chemicals in agriculture. Syngenta actually asked Hayes to research the chemical, but after he found results which the manufacturer of atrazine didn’t expect, he was targeted in ways that, sadly, have become familiar to whistleblowers.

Comment: Silencing the Scientist: Tyrone Hayes on being targeted by herbicide firm Syngenta

In typical biowarfare-fashion, this chemical is being used everywhere, and while we fret about fluoride and lead, rightfully so, in our drinking water, an even more sinister chemical is being forced into our ground water, eventually seeping into municipal water supplies.

Atrazine affects men adversely, by literally shrinking their gonads, or causing them to effectively become women, but it also affects women, causing low estrogen levels and irregular menstruation. All in all, this chemical acts exactly as many other UN Agenda poisons do – from chemtrails to vaccines, BPAs which are known xenoestrogens, to pharmaceuticals, including birth control pills that pass unharmed through sewage systems into in our drinking water – it makes fertility a genetic Russian roulette.

Are we to believe that a chemical that causes complete chemical castration in male African clawed frogs, isn’t eventually going to have similar effects on us? More than 80 million pounds of this stuff is used annually, but with all the false-flag attempts, and Flint, Michigan water crises, who can keep up with the numerous ways they are trying to cull the masses?

The population of the US is supposed to DROP 78.2% from 316+ million now to ONLY 69 million people in 2025 according to a government website, and many have made statements admitting they want to lessen the earth’s population numbers.

Is this the real reason Tyrone Hayes is being targeted?

He says we’re making ‘toxic babies’ due to the largest selling chemical poison from one of the largest chemical companies in the world. It’s banned in the EU, but still used copiously in the US, even re-registered by the Environmental Protection Agency in the very same year it was banned overseas. 0.1 parts per billion exposure to Atrazine is changing a frog’s sex. How many parts per billion will it take to turn off your reproductive ability? Maybe its time to listen to Mr. Hayes.

Related Information
Genetically Modifying Mosquitoes To Fight The Zika Virus Is It Worth The Risk?