Proverbs 17:4 – A Wicked Doer Giveth Heed To False Lips And A Liar Giveth Ear To A Naughty Tongue. 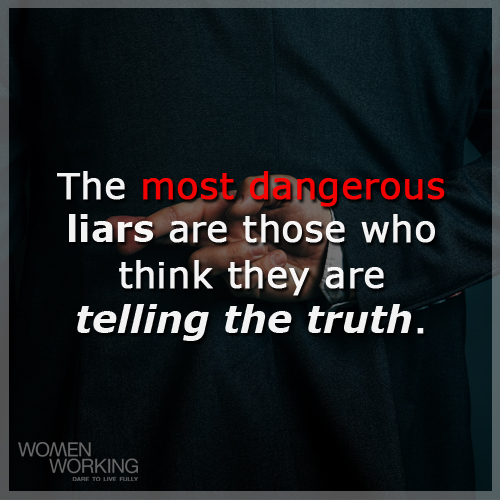 Wickedness and rebellion against the word of God that instructs us how to live and is what defines proper moral behavior is simply a terrible thing that has such a damaging effect on virtually every aspect of our lives.

The Bible gives a clear description in Romans 1:18-32  about what rebellion against the ways of God and rejecting established boundaries for proper sexual behavior produce, as well as the consequences for that behavior.

“For the wrath of God is revealed from heaven against all ungodliness and unrighteousness of men, who hold the truth in unrighteousness because that which may be known of God is manifest in them for God hath showed it unto them. For the invisible things of him from the creation of the world are clearly seen, being understood by the things that are made, even his eternal power and Godhead so that they are without excuse.

Because that, when they knew God, they glorified him not as God, neither were thankful but became vain in their imaginations, and their foolish heart was darkened. Professing themselves to be wise, they became fools,and changed the glory of the uncorruptible God into an image made like to corruptible man, and to birds, and four footed beasts, and creeping things.

Wherefore God also gave them up to uncleanness through the lusts of their own hearts, to dishonor their own bodies between themselves.Who changed the truth of God into a lie, and worshipped and served the creature more than the Creator, who is blessed for ever. Amen. For this cause God gave them up unto vile affections  for even their women did change the natural use into that which is against nature.

And likewise also the men, leaving the natural use of the woman, burned in their lust one toward another men with men working that which is unseemly, and receiving in themselves that recompence of their error which was meet.

And even as they did not like to retain God in their knowledge, God gave them over to a reprobate mind, to do those things which are not convenient, being filled with all unrighteousness, fornication, wickedness, covetousness, maliciousness , full of envy, murder, debate, deceit, malignity, whisperers, backbiters, haters of God, despiteful, proud, boasters, inventors of evil things, disobedient to parents, without understanding, covenant breakers, without natural affection, implacable, unmerciful, who knowing the judgment of God, that they which commit such things are worthy of death, not only do the same but have pleasure in them that do them.

The Bible also says in Proverbs 17:4 that a wicked doer giveth heed to false lips and a liar giveth ear to a naughty tongue. Which means the wicked doer and liar are easily deceived and led astray themselves.

And when you analyze it you will see that it has a lot to do with the fact that ungodly behavior produces a  guilty conscience. So the ungodly are always looking for opportunities to falsely accuse others of being guilty like they are.

And because of this, their minds stay in the gutter, always searching and looking for a way to falsely accuse and condemn others as a type of distorted, pathetic way or attempt to justify their own twisted perverse way of life.

Which is normally completely contrary to the ways and word of God. Because of this they are more likely to believe a lie and spread that lie because this gives them some form of false justification in that it makes them feel they are justified in their behavior.

A terrible form of self-deception that produces perverse, ungodly behavior, behavior that most certainly results in spiritual death by fire when judged.

Most righteous individuals, on the other hand, live by the motto”believe none of what you hear and only some of what you see”, until you have thoroughly analyzed and evaluated the circumstance or situation before drawing any conclusions.

Because they understand that this is a world beset by evil and gross ungodly deception. They also avoid getting involved in that type of behavior because it is harshly condemned by the word of God. And all liars are promised their place in The Lake Of  Fire.

12 Yea, and all that will live godly in Christ Jesus shall suffer persecution.

13 But evil men and seducers shall wax worse and worse, deceiving, and being deceived.

7 A fool’s mouth is his destruction, and his lips are the snare of his soul.

21 Death and life are in the power of the tongue: and they that love it shall eat the fruit thereof.

9 A false witness shall not be unpunished, and he that speaketh lies shall perish.

36 But I say unto you, That every idle word that men shall speak, they shall give account thereof in the day of judgment.

By Grace Are You Saved Through Faith

The Lake Of Fire

The Bible A Wicked Doer Giveth Heed To False Lips And A Liar Giveth Ear To A Naughty Tongue, All Liars Will Have Their Place In The Lake Of Fire, Donald Bohanon, Dont Lie, Liars Will Be Destroyed, The Truth Plain An Simple, Thou Shalt Not Lie

Is America Being Cursed From Within?

Conjuring Up Images Of Auschwitz: The Assad Regimes Gassing And Massacre Of Hundreds Of Men, Women, And Children.