The Homosexual Community Using Bullying To Further Their Agenda. 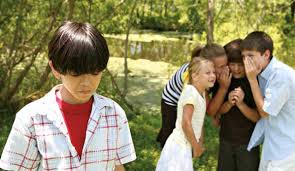 The public outcry against bullying has been getting a lot of press lately based on the recent rash of student suicides committed, and in many cases because of suspected bullying.

Terrible circumstances where it is believed some students are bullied so much they begin to feel helpless and at their wits end. And in many cases view suicide as the only viable option to break free of the abuse. A very sad and disturbing trend.

But nothing could be further from the truth. Contrary to what the gay and pro-gay far left liberal media will have you believe they are far from the only groups or individuals being targeted for this type of abuse nor are they just innocent pawns who are the sole,exclusive, objects of this type of abuse.

Although they have been the recipients of bullying in isolated cases they are also instrumental to a large degree in instigating an initiating the bullying.

But you seldom hear about this because the pro-gay far-left liberal media is primarily focused on painting a false picture of all gays being the victims and never the perpetrators themselves.

And this is done primarily as a means to help further the gay agenda and to insure this perversion is legalized and fully integrated into society.  They themselves are a major part of the problem as well.

They most certainly are involved in bullying. They just do it from the shadows sort of  like the kid who throws the rock but then turns his back to make it appear that he could not have thrown the rock  because he was facing in a totally different direction.

The homosexual/lesbian community are major perpetrators in  the bullying. They primarily focus on the  loners those they feel do not have a support base. Or those that they feel are a threat to their way of life. Or who  live lifestyles that are completely contrary to their distorted way of living.

And it is normally done through manipulation, incessant lies and  slandering the opposing parties or individuals covertly. They will be instrumental in covertly and subversively instigating the bullying.

The objective being, in many cases, to break the will of the opposing party or individual to draw them into the filthy perverse lifestyle. This is happening on a large scale and much more than many Americans are aware of.

And all of it is part of the homosexual communities efforts to further their own agenda. By using bullying, and the bigotry argument, as  just some of  the tools to accomplish this.

As it relates to bigotry not all forms of  opposition can be defined as bigotry, to fiercely oppose and completely reject a lifestyle that is horribly destructive on a physical, spiritual and national level, when you really understand it, can in no way be viewed as a bad thing.

There is no such thing as bigotry or discrimination when the motivation is the rejection of destructive, perverse evil. When the truth is being spoken and destructive behavior is being rejected.

The homosexual communities objective is to use bullying as a tool to further their ungodly agenda as well as civil rights to do the same. In that they desire to compare their plight as gay men and women to the plights of minorities, and in so doing piggy back on the civil rights movement to insure  their perverse ungodly goal of  fully integrating homosexuality and lesbianism into all facets of society  is realized and accomplished.

The homosexuals/bisexuals and lesbians lack of acceptance is based on his or her perverse sexual behavior. Persecution of the black race as well as other races is merely based on their race, skin color, or nationality and the stereotypes associated with it.

They are in no way similar and can in no way be compared. It’s like comparing fire with water they have nothing at all in common and cannot at all be compared. And how do we know the perverse sexual behavior is wrong? Because God says so because of all the filthy obvious reasons. And only he determines what is right or wrong. Leviticus 18:22, Leviticus 20:13, Romans 1:26-32.

Bullying is a bad thing when it is directed at decent, good, innocent, individuals who have done nothing to deserve it or incur it. But the gay community must expect backlash and repercussions when they try to force feed their filth to individuals who want no part of it.

Because these individuals  know in their hearts that it’s wrong and very destructive. They must realize that this is to be expected whether it manifests itself in the form of bullying or some other action. Working deceptively and covertly to force your perverse way of life on others is sure to be met with opposition. This is simply a fact that they must accept.

You cry and scream hate crime or bullying when in many cases the bullying (or a hate for evil reaction) which is how I like to refer to it. As opposed to a hate crime,  it is merely a reflex or defensive action.

A response to much of the lies, slanders, manipulation, disorder and discord and numerous other forms of harassment the gay community secretly  initiates, instigates, engages in and promote themselves.

By working to force their filthy, twisted lifestyle on others. In many cases the bullying that is directed at them is merely a reflex action, a response to all the  lies, slanders, treachery, evil and manipulation that homosexuals and lesbians  engage in to satisfy their sick lust. Which in most cases is done  covertly and   deceptively  to draw others into those filthy, spiritually and physically destructive lifestyles.

Bullying is terrible when it is directed at those who have done nothing to deserve or incur it. But it cannot be an excuse to justify the homosexuals and lesbians twisted lifestyle and behavior.

And legalization of homosexuality/bisexuality/ and lesbianism will only add to a worsening situation as boys and girls, men and women, in countries and schools around the world naturally fight against what they know instinctively in their hearts is filthy, infectious, physically, spiritually and nationally destructive and just terribly wrong. Leviticus 18:22, Leviticus 20:13, Romans 1:26-32.

Click Here for more info on the far-reaching destructive implications of the homosexual agenda.

Click Here for more info on the far-reaching destructive implications of the homosexual agenda.

Click Here for more information on the far-reaching destructive implications of the homosexual agenda.

The Homosexual/Lesbian Sickness & Agenda Homosexual Bullying, Lesbain Bullying, Using Bullying To Further Their Agenda, Who Is Really Doing The Bullying