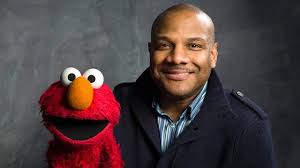 It’s been reported that Kevin Clash Puppeteer behind Sesame Streets Elmo has been accused of having sex with an underage minor. Kevin Clash initially, vehemently denied the allegations, and while admitting he had sexual relations with the boy he claims that it was while the young man was of consenting age.

When in truth he Kevin Clash is reported to have knowingly engaged in sex with the young man when he was just sixteen years old. Which amounts to child molestation.

But whether it is underage or of age it does not matter both are equally as filthy and repugnant to God, and it is behavior that is powerfully condemned throughout scripture and is deemed in the eyes of God to be punishable by death in The Lake Of Fire when judged.

First The Boy Scouts Of America, now a prominent Sesame Street Character is accused of child molestation. Can you see a pattern and focus on children as targets for perverse, sexual predation, by homosexual predators being clearly played out here?!

But again I am not surprised at all because the Bible clearly points out  that this perversion produces warped immoral behavior of an abominable nature, a fact that is confirming itself over and over again and is being played out in the headlines daily.

And in spite of overwhelming biblical and physical evidence proving how this filthy behavior twist and perverts the spirit, and in so doing warps and perverts the mind of the individual who practices it.

Which in turn produces abominable, filthy behavior, of an  abominably immoral and perverse nature. But yet perverse ungodly men and women in positions of power,leadership and influence, still work feverishly to legalize this filthy, vile, perverse ungodly lie, that many call a lifestyle.

As long as America continues to work to legalize this perversion they will continue their descent from superpower status, to eventually being brought down to the level of a third world nation. They will be stricken with continued drought, and ultimately famine and disease, and eventually destroyed by nuclear annihilation from an invading military force .

God will never make concessions or compromise with this ungodly,  putrid filth. God’s message to America is clear as it relates to this vile, filthy perversion, outlaw it and make a few other critical changes and live as a nation. Or continue to work to legalize it and be brought down very low and completely destroyed as a nation. There will be no compromise with this filth as far as God is concerned, repent or die is the deal that God is offering America. You either take it or leave it. The choice is yours.

15 See, I have set before thee this day life and good, and death and evil;

16 In that I command thee this day to love the Lord thy God, to walk in his ways, and to keep his commandments and his statutes and his judgments, that thou mayest live and multiply: and the Lord thy God shall bless thee in the land whither thou goest to possess it.

19 I call heaven and earth to record this day against you, that I have set before you life and death, blessing and cursing: therefore choose life, that both thou and thy seed may live:

If  you oppose homosexuality that means you are  homosexual?