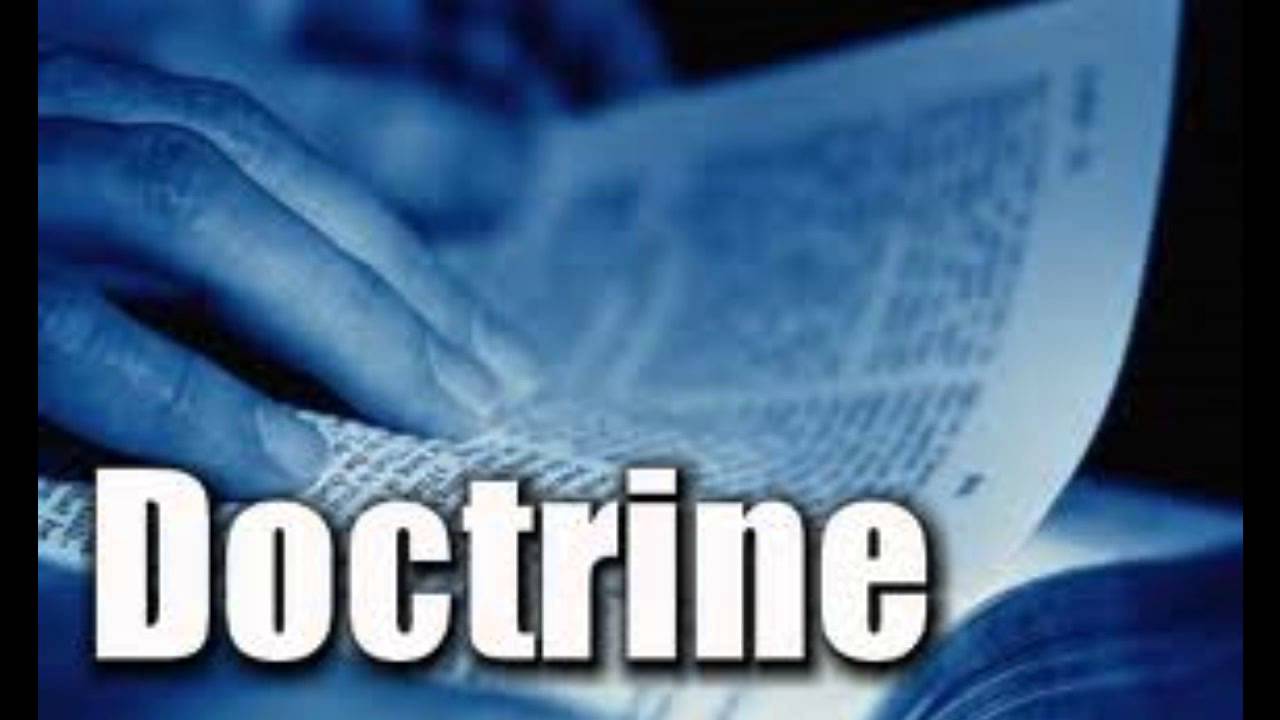 Is doctrine really important? I was recently asked by a woman why do you emphasize doctrine? As if to suggest teaching doctrine is wrong or biblically condemned. But the truth of the matter is doctrine is very very important and is the cornerstone of true Christianity. Many people have been taught by self proclaimed ministers that doctrine should not be taught, and ones focus should only be on Christ, but in 2 John 1:9-11.  God informs us that the man or woman who does not have the doctrine that God taught does not have the father or the son. Doctrine is so important in the eyes of God that he says if you don’t have his doctrine the doctrine that Christ taught, that God gave to Christ to teach, you don’t have God or Christ.

So based on that clear instruction who are we to believe? Are we to believe men who have reduced the relevance of doctrine to insignificance separate from what the Bible teaches? But if we are to believe God, and what his word teaches, there is no way to get around the importance of doctrine and it’s place as the cornerstone of true Christianity.  Without true Bible based doctrine there is no such thing as true Christianity, without doctrine true Christianity does not exist because true Christianity is founded, established and created, based on the doctrines of God. God’s word teaches us that without the right doctrine, God’s doctrine, you don’t have God or Christ and you are worshipping Christ in vain. Let’s examine scripture to get a clear picture of the importance of true Bible based doctrine. God’s doctrine.

The Importance Of Doctrine.