God’s Love For His Servants. 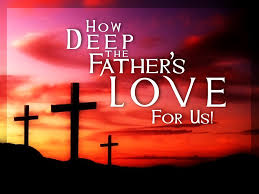 I felt it important to teach on this subject because I recently heard a false minister mention in what a appeared to be in a gloating fashion, that the persecution of Gods servants is a way of life. I have also determined from observation that many people in this world feel you can treat true Christians any way you like  without worrying about any repercussions. An attitude that is permeating society quite possibly because of the teachings of so many false ministers and false self  proclaimed prophets in these end times, but how does God really feel about his  servants?

God has expressed his love for his servants throughout his word and more  profoundly by sending his only begotten son to die as a sacrifice for the sins of  men. Not only does he express his  love by guiding, advising, teaching, and  protecting his servants but he also promises to punish and destroy anyone who persecutes or harms his servants, that’s if he allows that to take place, no man can do harm to the servants of God if God does not allow it.

The Bible states in Psalms  34:7, that angels are encamped about them that fear or sincerely obey God to deliver and protect them.  Something else that is clearly outlined in the word of  God and needs to be understood is God promises to destroy anyone on a physical and spiritual level that persecutes and harms his servants.The Bible says as the heavens are high above the earth so is God’s mercy or love for those that fear him. Let’s examine God’s word to learn the depth of the love that he has for his servants and what he promises to do to anyone that harms or persecutes them.

5 Whoso privily slandereth his neighbour, him will I cut off: him that hath an high look and a proud heart will not I suffer.

6 Mine eyes shall be upon the faithful of the land, that they may dwell with me: he that walketh in a perfect way, he shall serve me.

7 He that worketh deceit shall not dwell within my house: he that telleth lies shall not tarry in my sight.

8 I will early destroy all the wicked of the land; that I may cut off all wicked doers from the city of theLord

This is a remake of the original audio I did several years ago.

Listen: God’s Love For His Servants

Listen: God’s Love For His Servants

Do You Understand The God Of Wrath?

How To Know Or Spot A False Prophet/False Teacher From Gods Word Not My Own Opinion. This Will Be A Thorough In Depth Audio That Will Include The Totality Of Scripture As Opposed To One Or Two Verses Taken Completely Out Of Context.