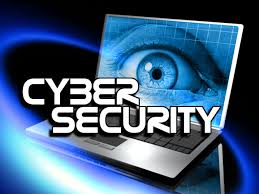 Recently there has been a series of cyber attacks against major companies like Target, and now Neiman  Marcus. Target suffered substantial losses possibly in the billions, sensitive customer information like credit card numbers, pin numbers, emails, etc, were compromised and  the real financial impact may far exceed original estimates. Now Neiman Marcus is reporting  sensitive customer  information may have been compromised. All these cyber attacks have prompted companies to look at other cyber security measures to insure their sensitive customer  information is not compromised in the future. Some of the methods being considered for heightened cyber security  are to install micro chip technology in credit cards as a more secure form of encryption to increase security and  limit the possibility of future cyber attacks. But this concerns me somewhat, because of where this could all be heading. In terms of where these steps could eventually lead as it relates to development of other more invasive and intrusive forms of technology, and it should concern the citizens of this nation as well.

The Bible tells us in Revelation 13:16-17, that eventually  there will be a future world ruling dictator and global power that will force  citizens of  all nations to accept a mark in the forehead or in their right hand, and it is believed by many as well myself that this mark will be in the form of a micro chip. It is my belief that this form of micro chip technology that Target and other companies are working to  implement will simply be a prelude to the advent or introduction of the technology that this coming world ruling dictator will require that all men and women take in their right hand or forehead, and this is very concerning.  I think several questions need to be answered before this form of technology that will eventually become very intrusive and widespread, should be allowed to be fully implemented. I believe  first and foremost the source of the security breach needs to be identified, as well as the means by which the cyber attacks were carried out. I mean who is behind the successful breach of highly encrypted systems that would be difficult for anyone to breach by all estimates? Some are claiming they originated in China but could it be possible they could have originated right here on American soil?  And if it did in fact originate on American soil who would possess the know how to breach such sophisticated cyber security systems?

What individual or entity would possess the technological know how to breach such advanced cyber security systems? I am of the belief that it could not have been just some basic hacker in this case because of how difficult these systems are to breach. The NSA under the influence of the Obama Administration has been working hard to increase its influence and ability to monitor and gather information about American citizens as well as citizens of other nations. Major cyber attacks  like the one that affected Target could be just what the NSA needs to argue in favor of their  ability to be able to monitor the activities  of all citizens randomly to acquire ever increasing control over the information and lives of Americans. And to freely monitor and or limit access to the internet as they dictate. Sound a little like a police state? And it seems quite convenient that these major cyber attacks are happening just around the time the President and the NSA are arguing for more sweeping powers to implement broader cyber security measures that will be much more intrusive. And will directly impact the lives of virtually every American citizen, the timing couldn’t be better. I am not saying the NSA was directly involved in a cyber security attack on Target or other companies, not directly, but maybe, possibly, indirectly?

After all what better time for major cyber attacks to occur than around the same time the NSA is arguing for broader more sweeping cyber security measures? From cyber attacks to micro chip technology is it all  by design to insure the NSA acquires the powers and ability to implement more intrusive and invasive cyber security measures to further a bigger more diabolical agenda under the influence of the Obama Administration? Possibly the implementation of a system whereby all men and women will be required to insert micro chips in some specific area of the body? This is something every American needs to be seriously concerned about  because it will ultimately seriously impact the lives of every American citizen. Especially if the ultimate objective is to implement a technology that God’s word says if embraced will result in the physical and spiritual destruction of multiple millions of individuals.

Could President Obama and the Obama administration be a type forerunner of this future dictator and evil system? And could this chip technology be the early advent of the prophesied mark of the beast cloaked to appear to be just a solution to a rising problem? If it ever became a requirement for the chip to be inserted in human beings personally I would not take it. The way the cyber attacks were carried out, the success of the attacks, and when the attacks occurred all make me somewhat suspicious and they should make every American suspicious as well. I believe a thorough investigation should be conducted to find out the real sources of the cyber security attacks and to find out who was behind or assisted the perpetrators of those attacks. And if  chip implantation ever became a requirement I would not take it. I believe that all other forms of cyber security measures should be looked at and exhausted before eventually settling on micro chip technology as the ultimate solution. From cyber attacks to micro chip technology, is it all by design? I certainly wouldn’t rule it out.

NSA Working To Police The Internet And Deny Freedom Of Speech.