In The NSA, The Obama Controversy 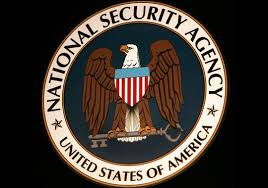 But the question is what really crosses the line in terms of what can be defined as simply the gathering of information to bolster national security in the fight against terrorism, and or gross abuses of governmental power? How can we really know if the governments actions are to safeguard the American public or are really just gross abuses of government power  and violations of American freedoms, and where do we draw the line?

The enactment of the Patriot Act  is viewed by many as the act  that really got the ball rolling, in terms of increasing the governments power to spy on everyday Americans. But many argue that the Obama Administration has grossly abused and violated the terms of the Patriot Act. For instance the Patriot Act gives the government the right to collect data only about Americans who are known terrorist or who are known to have affiliations with terrorist groups, but not the authority to collect data about everyday  Americans who have no affiliation with these groups.

Why  has the Obama Administration now decided in many respects to disregard the terms of the Patriot Act and rewrite the law in favor of their own goals and agenda? What are the real motives and goals of the far-left liberal Obama Administration?  President Obama stated that no one is spying on or listening to the calls of American citizens but how much weight does that statement carry considering how many times the President has contradicted himself in terms of his stance on specific issues and policies?

And if that is in fact the case,  which I don’t believe, how long will they simply gather information in terms of who and where calls are being placed, before they make the claim that national security dictates that they must now have the right to listen to all calls in the name of national security?

And how long will just listening to all calls be sufficient?  Whether people accept it or not the Obama Administration is a far-left liberal administration who’s goals and agenda in many respects  mirror   the homosexual agenda, ladies gentlemen this is a gradual and progressive destruction of American freedoms under the guise of national defense. I’m convinced of it.

There was an uproar when the Patriot Act was initially enacted, but there is no uproar regarding the Obama Administrations obvious abuses of American freedoms, abuses  that appear to even exceed the terms outlined in the Patriot Act under President Bush?

All I see by this administration is a pattern of lies, broken promises, and gradual destruction and erosion of basic American freedoms. This is actually something that I warned about last year sometime in an article I wrote, the link to the article can be found below.

The truth of the matter is there is something more evil and diabolical going on that the American public are completely naive to, or simply refuse to accept. I’m convinced this is a gradual destruction of American freedom under the guise of national security by a far-left liberal administration with a much  more sinister, diabolical and anti God agenda.

12 For we wrestle not against flesh and blood, but against principalities, against powers, against the rulers of the darkness of this world, against spiritual wickedness in high places.

The NSA Working To Police The Internet And Destroy American Freedoms.

The Commander In Chief, Who Is He Really?

Obama Flip Flops On His Initial Position Regarding Data Gathering.

The Destruction Of American Freedoms Under The Guise Of National Security By The Obama Administration And The NSA.