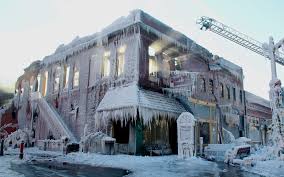 Polar Vortex number 2 is coming to silence the blasphemers, the doubters and the haters of God and to punish a nation for continuing to defy God by legalizing filthy, offensive behavior like homosexual and lesbian marriage, filthy behavior that is going to ultimately cost this nation dearly on a physical and spiritual level.

Industries and Economies will be affected  to show God’s displeasure with the direction the nation is heading as well as with the nations utter disrespect for the great God, this is not a game and it is not man made climate change.

America’s continued defiance of God with the promotion and legalization of perversions is going to cost the nation dearly if they don’t repent this is just the beginning of sorrows. God wont continue to be mocked by a perverse ungodly generation, open your eyes you nation of conformist and followers of what is perverse and destructive, repent and acknowledge God before it’s too late.

And I actually removed Northwest Indiana as a location that would be spared a day or two after I posted the original article because there are many people in Northwest Indiana who are perverse haters of God, mockers,and blasphemers as well. So stop looking for reasons to mock  and blaspheme and change your moral direction to the saving of your lives, souls and nation. You nation of conformist  and followers of what is evil and perverse. This is not a game..