Where Do Some Of The Black Lives Matter Donations Go? 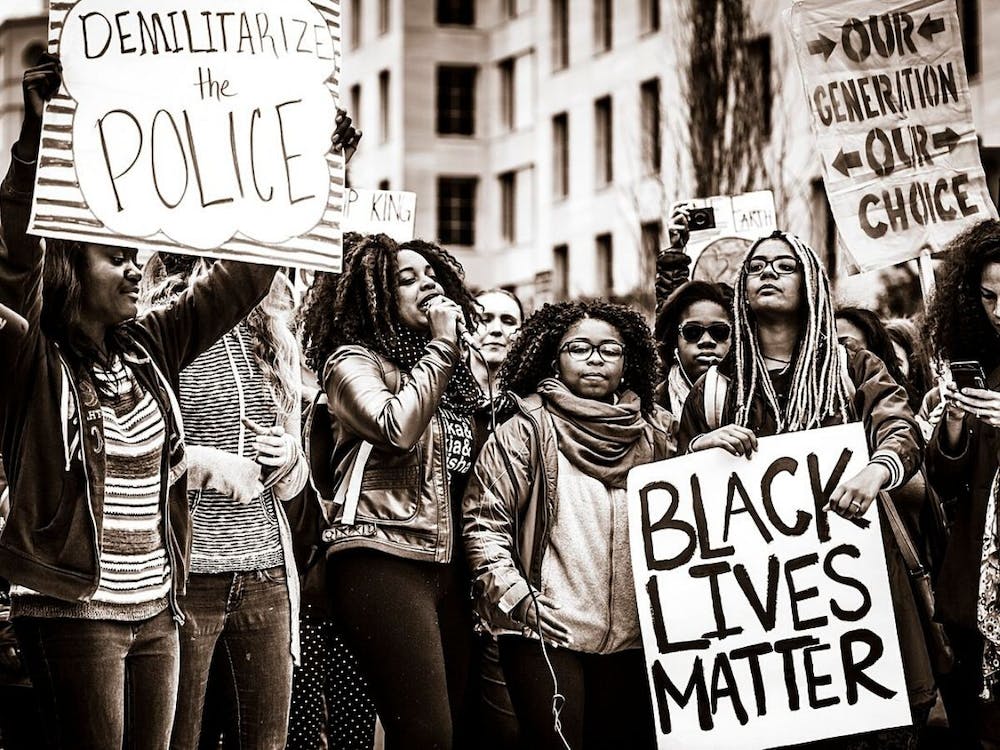 They use the corrupt Black Lives Matter Organization as a front and way to funnel money from sexually perverse, radical, racist, liberal elite individuals, and organizations, right back into the racist and oppressive system that has been oppressing black people for hundreds of years the Democratic Party.

All under the phony guise of helping the black community. When in reality it’s nothing but an organization set up and funded to promote the radical, liberal elite agenda of advancing sexual perversions of all forms, etc. They could care less about the black community.

You need a reputable, trustworthy, organization that really has the black communities interests in mind to organize these peaceful protests. As opposed to an organization that’s in the pocket of far left-liberal elite organizations and groups focused primarily on advancing the elite’s radical anti-God agenda. You have the money and the organization to get it done.

The eventual FORCED subjugation of the black race and all races to that evil, perverted, corrupting, destructive, diabolical, twisted agenda, and way of life is their ultimate goal.

They’re already engaging in widespread, covert, forced, subjugation by fighting against and blacklisting those who oppose them so they can’t work or earn a living. In hopes, the persecuted will capitulate to their demands.

Everything they’re doing is pure evil and satanic in nature. And this corrupt organization and those who fund and support them need to be crushed financially and organizationally.

He’s already doing it now in a limited capacity because of somethings they had been trying to do to me previously in relation to trying to stop me from earning money.

But if they keep it up he’s going to strike them with something they will never be able to bounce back from. Threats roll off my back and never instill fear they only motivate me to go harder exposing abominable evil.

You insult me to even think I would partner with you in any way while you promote sexual perversions and work to advance their evil unholy agenda. Thumbing your nose in God’s face while sinning against him in abominable ways and calling that evil love?

I don’t partner with a collective that fights against God. Evidenced by what they practice, support, and promote. Now if you want to partner with this collective you are welcome. But it requires sacrifice and commitment to a new and better way of life.

And you will find truth and peace here because we do it God’s way not your way or my way. God wants to fight for you but yet you keep fighting against him by following liars and sell-outs like Barrack Obama and promoting his ungodly, anti-God agenda?

To partner with you in relation to that is to be a hater and enemy of God. Clueless, brainwashed, weak, cowardly, manipulated, capitulating, politically correct, followers, puppets, sheeple, and subjugated, entertainers, politicians, etc, with all the wrong people in their ears and who are led and governed by their lust, greed, and pride, etc.

And who work to transform the whole of society into something totally resembling a modern-day Sodom and Gomorrah are offensive and get no praise or admiration from me. And respectfully speaking you can take that money and shove it if it comes with compromising with abominable evil. There are no idol worshippers or souls for sale over here.

Fight against me and you fight against God and he’s going to crush you like a bug without mercy and you can bet your life on that. Harm me in any way (and only as God allows it) and there will be nowhere on planet earth or in space you will be able to go to escape God’s fierce wrath. You or your loved ones. You and your loved ones will be destroyed.

Believe and follow God and the truth outlined in his word especially as it relates to departing from the abominable sins and you will be abundantly blessed as a nation. And if not you won’t have a future.

You think you have power but you don’t. And he’s watching. Keep playing and God is going to show you what real power is.  Every member of the wealthy, sexually perverse, radical liberal elite community that is.

This time the wrath of God is going to be targeted at a specific, evil, perverted, demographic, and group. And it’s going to be conclusive and decisive.

Many social media users are questioning where the donations to Black Lives Matter actually go.

Black Lives Matter is a political organization that was originally founded in 2013 in response to the acquittal of Trayvon Martin’s murderer.

Since then, the activist group has evolved into a political machine that is most active during an election year. That is when donations jump considerably. But where do the donations go?

According to OpenSecrets.org, hundreds of millions of dollars in Black Lives Matter donations went to ActBlue.com, a tax-exempt organization that funnels cash to Democratic candidates and political action committees (PACs).

According to a list compiled by OpenSecrets.org, a whopping $186 million in BLM donations went to Bernie Sanders’ campaign for president. The second-biggest recipient was Democratic nominee Joe Biden, who received more than $119 million. Black Americans are just now figuring out their fight for racial equality is being co-opted to fund political campaigns and political action committees.

“Just go on the website: when you click on “resources” they suggest you apply for SBA loans,” wrote a user named delicious on Lipstick Alley.

“BLM received 10 million from Bezos, millions from celebs, companies, private donors but there is not ONE option for a black person to apply for rent relief, financial aid, grants, NOTHING!

Q&A: Why Aren’t You Married?

Reform Not Defund: So Called Democrat Leaders Screaming Defund The Police While At The Same Time Viciously Attacking Each Other For Not Doing Enough To Contain The Riots?