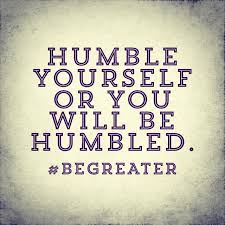 Pride is condemned throughout the Bible and God makes it clear that he hates it and plans to destroy all the proud because of the wickedness that pride produces which is emphasized in Malachi 4:1-3. But why does God hate pride so much that he will go to such extremes to completely eradicate it along with those who harbor the pride? Why is something that is so strongly encouraged and promoted in society especially in this generation and is viewed as a quality that is beneficial rather than destructive, so offensive and repugnant to God?

Pride has been a characteristic of men and nations throughout history that has brought the wrath of God upon them and has ultimately resulted in the fall and destruction of those men, women, and nations in one form or another. Something else that is very important and worth noting is God’s arch enemy Satan was the first being that pride was discovered in. That same pride that many men and women display, ultimately completely corrupted Lucifer,so much so that he is now referred to as Satan which is another term for adversary or enemy. The same pride that many men and women display was so destructive that it completely corrupted a holy angel an arch angel in Lucifer. So honestly the question you need to ask your selves is if it corrupted a holy angel what do you think it is going to do to mere mortal man?

Well, God has the answer to that question and that is why he hates it. Because it actually makes anything that it influences after it has corrupted and perverted in it’s fullness and totality become enemies and haters of God . This is why God hates it so much because ultimately it will result in the destruction of the thing that harbors it or is greatly influenced by it. And anyone who is powerfully influenced by it is being led by God’s arch enemy Lucifer because he was the first being to be corrupted and perverted by pride and is the father of it and now broadcast that same pride, and the rebellion and defiance that it produces through blind naive men and women.

Pride is the pipeline to Satan’s total control and influence and anyone who allows themselves to be influenced by it will ultimately be completely corrupted by it,and that results in complete rebellion and defiance of God,his word, and his authority. And ultimately complete destruction of the man or woman who is powerfully led and controlled by the pride, because of the wickedness that full blown pride produces. Let’s examine Gods word to get a clear understanding of what pride is, what it does, and why God hates it so much, and why we as followers of Christ, servants of God are to work to purge ourselves from every vestige of it.

Listen:Pride The Pipeline To Satan’s Total Control And Influence.

Listen:Pride The Pipeline To Satan’s Total Control And Influence.