What Is Real Humility, And How Do We Identify It? 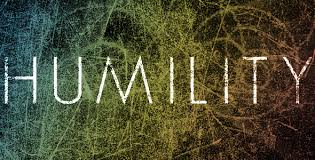 The words humble and humility are tossed around  frequently. But it’s hard to determine what true Godly humility is. Because those that claim to be humble in many respects live lives completely contrary to the standard by which true Godly humility( the only form of  true  humility)  can be gauged, identified or defined, which is by the word of God.

There are many individuals and groups who put on false cloaks of humility and to the untrained eye they can come across as humble. But when you closely examine their behavior  in comparison to what’s outlined in the word of God,which defines and determines what true Godly humility is, and is the only standard by which true Godly humility should be defined or gauged.

You begin to clearly see that these individuals are not humble at all. But merely display false cloaks of humility, and in many respects are full of satanic pride clothed or cloaked as humility.So what is Godly humility and how do we recognize it?  The Bible says  Godly humility is a result of fearing God

32 He that refuseth instruction despiseth his own soul: but he that heareth reproof getteth understanding. 33 The fear of the Lord is the instruction of wisdom; and before honour is humility.

By humility and the fear of the Lord are riches, and honour, and life.

Because the true fear of God produces obedience to the commandments, and the word of God as a whole, and wisdom. Which are the result and true essence of Godly humility.

No matter how contrite and humble they try to portray themselves as, they are not displaying humility at all. But are in reality displaying satanic pride disguised as humility.Because Satan was the first being to reject God’s authority and his established boundaries for proper behavior,and he simply broadcast those same proud, defiant,physically and spiritually destructive attitudes and behaviors through men and women today.

The supreme authority that is God and his word. And because of it they identify themselves as being full of satanic pride. This is how you identify true Godly humility when you base that humility on and compare it to what’s instructed in the word of God, as it relates to what defines humility, proper moral behavior and love.

Then and only then will you be able to properly gauge whether it is true humility that comes from God. Any other form of humility falls short and is viewed as filthy rags to God. As  self righteousness separate from how the Bible defines righteousness is like filthy rags.

False humility which is a by product of self righteousness and which  produces abominable evil and  rebellion against God, his word  and his authority. And is separate from how the Bible defines humility is viewed as filthy rags and worthless to God as well.

6 But we are all as an unclean thing, and all our righteousnesses are as filthy rags; and we all do fade as a leaf; and our iniquities, like the wind, have taken us away.

And those who put on fronts and acts of being humble and loving but reject the word and authority of God, the word of God which truly defines love, humility,wisdom, proper moral behavior and character, are in reality completely void of real Godly humility and are full of  God hating, satanic pride.

The worst and most destructive form of pride which leads to abominable evil and rebellion. And unfortunately  is a form of pride that ultimately leads to the destruction of  those who follow the source which broadcasts the satanic pride,which is Lucifer/Satan himself.