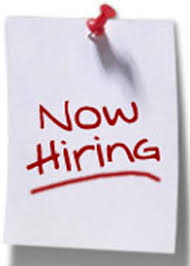 I have to admit that number is even shocking to me that’s why I question it’s validity and ask the question, are these long term high paying  jobs, or just part time, temp, short term, low paying jobs that are being created? And I will tell you why, I have strong reason to believe based on information  I’ve received from several people that have been hired in the customer service field  which I strongly believe account for a large percentage of those gains, based on the information I’ve received and seen with my own eyes, many of the jobs these people have been hired for only last a couple of weeks to a month or so because a number those same employees usually quit because they are in many cases earning less than minimum wage, and as soon as they quit those same employers hire new employees, and the same cycle continues of high turnover rates with new  employees quitting and those same companies needing to rehire new employees who then quit because of very low, unlivable wages.I believe this is one of the main reasons you see an increase in job numbers and I honestly believe it’s by design and the Obama Administration is playing a major role in manipulating those job numbers.

Something else worth noting is  a number of the jobs being created are commission only positions of which the majority of the new hirees  end up quitting or leaving after  a few weeks because of low wages and scarcity of opportunities to really generate liveable incomes in those positions, either because of no call flow, or low call flow which averages out to and  in many  cases results in wages that are less than minimum wage. Call flow which is something a number of these reps depend on because they earn money based on every minute they are talking to customers on the phones.

These are the types of customer service positions that are being created in large numbers, but if nobody  is calling, and there is no one to talk to, then there is no way to earn an a decent income. A number of these companies based on my personal experience appear to be hiring just to be hiring  in an effort to manipulate  job numbers. I hate to sound like a pessimist and a skeptic, some one who is hoping the  job numbers really don’t improve, I’m simply a realist, and based on the information I’ve received, and based on my observations, and taking into account the repeated dubious attempts by the Obama Administration to manipulate specific circumstances on several occasions for political gain, I simply don’t rule out that this may be the case as it relates to a sudden increase in employment numbers.

When  you take into account for example other data which shows the economy shrank in the first quarter as opposed growing, this paints a different picture of a shrinking economy as opposed to a growing economy, and I believe the creation of thousands of low paying jobs are contributing to that shrinking economy, and I will tell you why later on in this article. I think this is important to consider because no President or Administration should be getting credit for an improving  economy when really behind the scenes various parameters are possibly being manipulated to create the outward appearance of an improving economy  for political purposes only. Something else worth noting is the possibility of runaway inflation if the fed continues to pump life into the economy in the form of lower interest rates, inflation which in turn weakens the dollar and negatively impacts the economy overall.

I think what really needs to be considered is how much the newly hired workers are earning in these positions, because if it is just measly earnings it doesn’t matter if you add 300,000 jobs monthly, consistently, if the majority of the jobs are just paying 5-9 dollars an hour there is no way it can or will lead  to  an improving economy because the economies strength is based on consumer spending, and consumer spending will be minimal to say the least when employees are earning a wage that is barely enough to pay rent or mortgage, light and gas bill, food bill, buy gas and clothes, much less spending money for luxuries, that simply wont happen. And that applies even more so if newly hired workers quit after a month or so because of low wages,wages so low  they simply can’t live off of. What needs to be taken into account is how much the new hires are earning and how long they stay on those jobs, because  based on the information I’ve been getting and seeing  a number of these small companies are offering very low paying jobs that can in no way, no matter how many jobs you add monthly help to improve the economy, simply because  those consumers wont have enough money too spend on consumer goods because their earning minimum wage, and in many cases less than  minimum wage.

I’m not trying to come across as a skeptic I’m just a realist and my advice is to look closer, and more importantly never accept as absolute fact the word of a liberal media that is pro Obama, a media that in many cases would like nothing better than to insure Obama’s approval rating rises by broadcasting lies mixed in with truth, to insure approval and popularity to assist in furthering a bigger more destructive and evil agenda.  It is also my strong belief that this present Administration is being cursed because of what it is promoting and how those actions and policies are offending God, and really that becomes obvious based on all the trouble and bad press this present administration has been receiving.

A pretty picture of a steadily improving economy, in my opinion doesn’t fit into that shattered frame and broken glass, and is not in line with other key factors which suggest otherwise. My advice is to simply look much, much closer, and use several parameters to truly gauge whether the economy is really improving as opposed to just improving job numbers, job numbers that can be easily manipulated by just creating thousands of low paying jobs, low paying jobs that serve no other purpose other than to create an outward appearance of an improving economy, based exclusively on job numbers, that don’t tell the whole truth, but only partial truth, as opposed to really improving the economy. Relevant, steadily increasing consumer spending as well as other key parameters is how you really gauge whether the economy is really improving, but I’m sure most wise, knowledgeable Americans understand this.

In The Midst Of An Improving Economy President Donald Trump And His Administration Push For Prison Reform.