The LGBTQ Community Sought To Pass An Oppressive LGTBQ Ordinance In West Virginia.

The liberal local media got behind this ordinance early on. The term “much-anticipated” is from the biased reporters, not the town’s citizens.

The ordinances force inclusion of the full LGBT agenda This means hiring men who dress as women; baking cakes celebrating “gay marriage” or “gender transition”; allowing men to publicly kiss and fondle each other in restaurants; allowing men in women’s restrooms; LGBT or “diversity” indoctrination in schools and businesses; and much more.

Then the LGBT activists go around and “test” local businesses and other organizations for compliance. Those that don’t meet their standards are hit with expensive lawsuits, fines, and other punishments.

How do these horrible local ordinances get introduced and passed? Massively funded LGBT organizations come in and target the local city councils. They use sophisticated propaganda and intimidation tactics. They talk about “fairness” and “equal rights.” They bring in crowds of angry LGBT “citizens” from surrounding areas (and even other states) to intimidate the politicians and local conservatives. They recite well-rehearsed emotional sob stories. They get the liberal media on board. It’s well planned and executed. Unfortunately, these campaigns have been very successful across the country.

But this time it didn’t work.

The LGBT ordinance comes to town

As we reported last May, Star City was targeted by the LGBT activists from nearby Morgantown. The ordinance was created by the Morgantown chapter of PFLAG, a powerful national LGBT organization that pushes homosexuality and transgenderism in public schools, colleges, and other public venues across the country. It was introduced into the City Council by “Dee Dee” Macintosh, a man pretending to be a woman, who brought other LGBT activists into town with him. Immediately, the local media celebrated it as “a much anticipated non-discrimination ordinance.”

Although the majority of the City Council members were privately opposed to it, the pressure became fairly intense as the LGBT propaganda and intimidation machine went into full gear. It seemed inevitable that the ordinance would become law.

Our West Virginia Chapter of MassResistance was not about to back down on this!

With help from our local activists, MassResistance revealed to the public that DeeDee McIntosh was a registered sex offender. He had a long record of molesting students in the Monongalia County schools (where Star City is located). Not surprisingly, the local press had not bothered to expose this to the public, even though it was public record. This revelation helped the Star City’s City Council begin to push back. 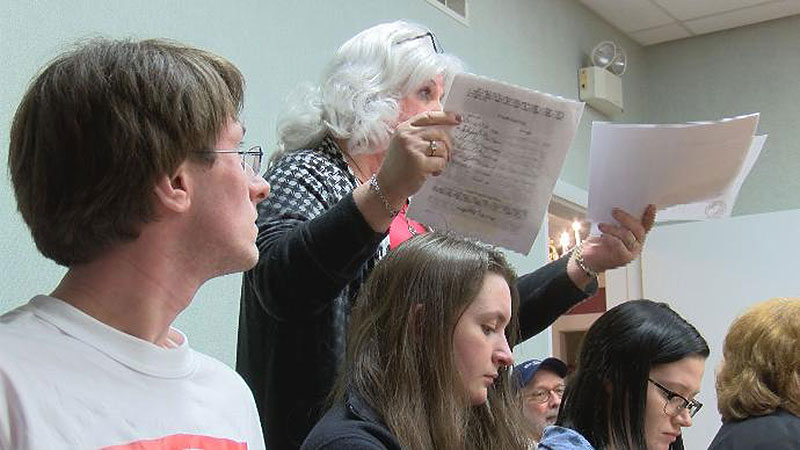 Throughout the summer and fall of 2020, the City Council meetings were postponed due to COVID and no action took place on the bill. Nevertheless, our local activists kept in close touch with the Council members who opposed it. We let them know that the people were on their side, and that the PFLAG chapter ultimately had no power there. We continued to provide documentation and evidence to bolster their arguments against the outside LGBT activists who wanted to impose their agenda on the city.

A few months later, our West Virginia MassResistance chapter leader, Betty, received a phone call from the Star City mayor. He informed her that under no circumstances would the City Council adopt the ordinance! This is a big victory! Since then it has definitely died for good.

During this past year, many pro-family activist groups acceded to the pandemic and the “shutdown” of government, and pretty much put local and statewide activism on hold. That is a mistake because the Left never rests! MassResistance has continued to network with local activists, build our statewide chapters, and engage our activists to push forward on key issues in their local areas.

As we’ve been saying for a long time, even though the Left and the LGBT movement have vastly greater resources, with the right tactics and a fearless approach they can be stopped!

Your support will make the difference!

The Attack On Free Speech And Basic American Freedoms., The Homosexual/Lesbian Sickness & Agenda, The Rise Of Fascism In America, The Rise Of Pedophilia, The Satanic And Diabolical Homosexual & Lesbian Plan To Emasculate Men And Masculate Women., U.S. News

Nancy Pelosi And The Democrats Putting The Needs Of Other Nations And The Desires And Goals Of Sexually Perverse Groups Ahead Of The Needs Of American Citizens.