A View Of The Real Economy. 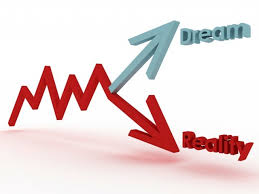 The new employment  numbers have come out but does it really give an accurate view of the real economy?  The biased liberal mainstream media loves to broadcast misinformation and paint rosy pictures about situations that aren’t really rosy at all.

It appears whatever version of  a story Washington is giving, the biased, liberal main stream media, has a tendency to jump right on that story and broadcast it to millions of Americans from Washington’s perspective, no matter how flawed and error filled the story is, the same thing it appears applies to news about the U.S. economy.

The jobs report has just come out and the U.S. economy has added roughly 203,000 jobs  the biased liberal mainstream media believes this is reason for celebration and is a reason to suggest that the U.S. economy is now on the rebound.

Does anyone see something wrong with this picture? What happens when the fed stops intravenously drip feeding the U.S. economy to keep it breathing, and chugging forward? I hate to sound like a pessimist I am simply a realist and based on this and the fact that the real unemployment percentage is closer to 13 percent why is everyone so jovial?

Probably because of the completely distorted picture the corrupt, biased, liberal mainstream media continues to paint of an improving economy while at the same time totally overlooking  real economic indicators which prove that the unemployment percentage is much higher than 7 percent.

But the corrupt, biased,  liberal mainstream media continues to feed the American public a picture of an improving economy.

This is  just another example of why other forms of honest media are absolutely necessary in an environment where the corrupt  mainstream media is constantly feeding the American public flawed, error filled information, primarily in an effort to assist corrupt individuals and groups in furthering their twisted, perverse agenda’s.

Below is some information accurately explaining the real state of the U.S. economy, a view of the real economy.

The Real Economy vs The Wall Street Economy

U.S. Economy A View Of The Real Economy

The Dow Jones Plunges For The Third Time In Weeks.

Tornadoes Wreak Havoc In The Midwest While 11 Wildfires Burn Across The U.S.