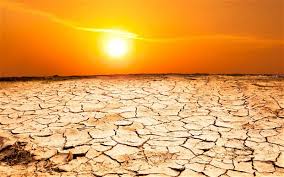 The first  term used by biased, government funded climate scientists to describe the destructive weather events was global warming. But when the nation began to experience unprecedented snow storms and flooding they changed it to climate change, obviously in an effort to cover the whole spectrum just in case the nation began to experience different catastrophic weather events of  all kinds, which it eventually did. Prompting many people to ask the question how can major snow storms, unprecedented flooding, and catastrophic tornadic activity, be attributed to global warming?

So biased government  funded climate scientist had to change the description to climate change, because this sounds more reasonable than global warming. When  a nation is being plagued by flooding and unprecedented snowfalls. But these events are not the result of man made global warming as many biased government funded climate scientist would have you believe, they are the actions and the results of an angry God,  something that is clearly and powerfully outlined by the Bible. Events that were prophesied to happen well before the term scientist or meteorologist ever existed.

God had already declared that these things would happen just as we see them happening today, clearly outlined beforetime by the Bible. So none of the biased, bought and paid for government funded climate scientist can take credit for discovering what was foretold to happen centuries ago, before a scientist or the term scientist or meteorologist ever existed.  Finally a study has come out emphasizing that last years destructive droughts were not the result of man made  climate change.

Flooding Slams Parts Of The Midwest.

Missouri Gets Walloped By A Devastating Tornado.