MIT Researchers:Man Made Climate Change In No Way A “Valid Representation of Reality” 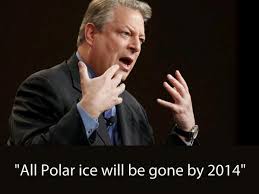 Climate change is an area where liberals have made it abundantly clear that they are both lost and uninterested in learning about how lost they are.

The media went nuts when President Trump announced he would try to inject some sanity into the conversation by pulling out of the disastrous Paris Climate Agreement.  Trump stuck to his guns and went with the belief that we should focus on the American economy before anyone else’s.

A new report suggests that Trump’s move was absolutely the correct one because once again it looks like global warming data is taking a huge hit.

According to the report, which has been peer reviewed by administrators, scientists and researchers from the U.S. Environmental Protection Agency (EPA), The Massachusetts Institute of Technology (M.I.T.), and several of America’s leading universities, the data is completely bunk:

In this research report, the most important surface data adjustment issues are identified and past changes in the previously reported historical data are quantified. It was found that each new version of GAST has nearly always exhibited a steeper warming linear trend over its entire history. And, it was nearly always accomplished by systematically removing the previously existing cyclical temperature pattern. This was true for all three entities providing GAST data measurement, NOAA, NASA and Hadley CRU.

As a result, this research sought to validate the current estimates of GAST using the best available relevant data. This included the best documented and understood data sets from the U.S. and elsewhere as well as global data from satellites that provide far more extensive global coverage and are not contaminated by bad siting and urbanization impacts. Satellite data integrity also benefits from having cross checks with Balloon data.

The conclusive findings of this research are that the three GAST data sets are not a valid representation of reality. In fact, the magnitude of their historical data adjustments, that removed their cyclical temperature patterns, are totally inconsistent with published and credible U.S. and other temperature data. Thus, it is impossible to conclude from the three published GAST data sets that recent years have been the warmest ever –despite current claims of record setting warming.

Finally, since GAST data set validity is a necessary condition for EPA’s GHG/CO2 Endangerment Finding, it too is invalidated by these research findings.

The science is far from settled on what’s going on with our climate and how much we contribute.

That means that entering a nonbinding agreement that kills jobs in America isn’t a great or necessary idea.

It also means that the liberal agenda on climate change in America isn’t as scientifically sound as they claim.

However, there’s nothing that will change their mind on this issue. It’s about rabid ideology. Not facts.

Who Is George Soros Who Are His Puppets And What Are His Goals?

Is President Obama Bullying Other Nations To Jump On The Climate Change Band Wagon?