LONDON (AP) — A British chef was convicted Wednesday of murdering three young men whom he met online, plied with lethal drug-spiked drinks and raped, before leaving their bodies in and around a graveyard near his home.

Jurors found serial killer Stephen Port guilty of three murders and more than a dozen additional offenses, including rape and sexual assault, involving several other men. Port, 41, denied all the charges against him.
The U.K.’s independent police watchdog is investigating why detectives did not initially link the deaths of the three men whose bodies were found near Port’s home in east London over a 15-month period.

Prosecutors said Port invited the men, who all were in their 20s, to his home, where he gave them drinks containing deadly doses of the psychoactive drug GHB so he could rape them while they were unconscious.

The men — Gabriel Kovari, Daniel Whitworth and Jack Taylor — all overdosed on the drug. Port then dumped their bodies in and around a graveyard near his apartment. He took elaborate action to cover up the killings, planting a fake suicide note in the hand of one victim and stashing drugs on the body of another.

Police only began investigating the deaths as potential homicides when the family of Port’s final victim, Taylor, pressed for action. But jurors at London’s Central Criminal Court convicted him of the murders and a range of other offenses that included three rapes and three sexual assaults of men who survived their encounters with Port.Jurors are still deliberating on one other murder charge.

London police are reviewing the deaths of dozens of men who used sex-enhancing drugs amid concerns that cases previously dismissed as drug overdoses may be additional victims of serial killer Stephen Port.

Port, 41, was found guilty of murdering four gay men and drugging and sexually assaulting seven others by a jury at London’s Old Bailey on Wednesday.
The Metropolitan Police Service told CNN they had identified at least 58 deaths from poisoning by the date-rape drug GHB between June 2011 and October 2015 — the period in which Port carried out his crimes. 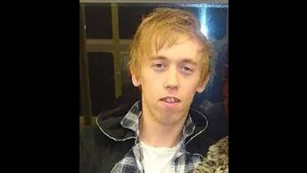 Victim Anthony Walgate
“It is not known if these deaths were related to chemsex activities. In many cases police involvement was limited, with the matter dealt with by the coroner,” a police spokesman told CNN. “A review of these deaths is now underway to establish any suspicious circumstances.”
Police say there is so far nothing to suggest the cases are linked to Port. 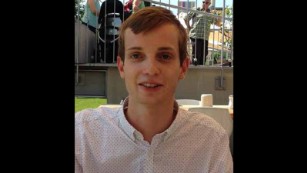 Victim Gabriel Kovari
Port had denied all the charges against him but was found guilty of the murders of fashion student Anthony Walgate, 23; Gabriel Kovari, 22, originally from Slovakia; fellow chef Daniel Whitworth, 21; and forklift truck driver Jack Taylor, 25.

Walgate, Stephen Port’s first victim, was originally from Hull, northern England, but came to London to study fashion. He worked as a male escort to help fund his studies.
After overdosing him with GHB, Port dumped his body and called the police, saying he had found the dead man by chance.
Port was tracked down through his phone number, and after he was found to have lied to police, he was charged and later jailed for eight months.

Originally from Slovakia, police say Kovari came to London “to begin a new life.”
He moved into Port’s apartment after they met on a dating website, and the killer agreed to put him up on the sofa, rent free.
Kovari’s body was found by a dog walker in a graveyard, some 500 meters from Port’s flat. He was propped up against a wall, wearing sunglasses, next to a bag of his belongings.

Whitworth, a trainee chef, met Port through the Fitlads dating site.
His body was found by the same dog walker in the same spot as Kovari.
His phone was missing and Port had placed a fake suicide note in his hand, in which he appeared to confess to the death of the young Slovakian the month before.

Forklift truck driver Taylor lived with his parents in east London, not far from Port’s home. After drinking with friends in a local gay club, he went home and saw his father, before hooking up with Port on gay dating app Grindr and taking a taxi to his flat.
His body was found near the graveyard, in similar circumstances to Whitworth and Kovari.

The Independent Police Complaints Commission is investigating “how officers responded to the four deaths before the homicide investigation was launched, including the nature of the investigative work undertaken, how evidence was examined and how similarities between the cases were considered,” it said in a statement.
Port, who lived alone in Barking, east London, was arrested after the first death but only charged with perverting the course of justice — which meant he was able to carry on killing after serving a short jail term.
He lured his victims to his home using online dating sites and then either injected them with drugs or spiked their drinks using “poppers,” Viagra and sleeping pills as well as GHB and crystal meth.Port then dragged the bodies of his victims out into the street and left them slumped against walls not far from where he lived, police said.
GHB was found in the bodies of each of the four men who died. And in three of the four deaths, drugs were planted on or near victims’ bodies to make it look as though they had overdosed.
Port will be sentenced on Friday.

“Port is a highly devious, manipulative and self-obsessed individual who has not once shown a shred of remorse for his actions,” said Commander Stuart Cundy of the Metropolitan Police’s Specialist Crime and Operations command. 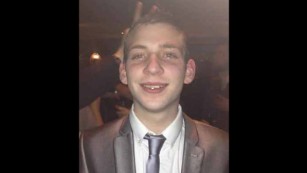 Victim Jack Taylor
He said Port was “motivated by his overwhelming desire to have sex with younger gay men while they were unconscious through drugs.”
None of the sexual assault victims had contacted police before Port was charged in relation to the four deaths. 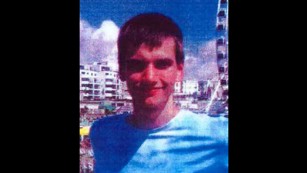 Victim Daniel Whitworth
“I hope Port’s conviction today offers reassurance to the LGBT community that if you have been a victim of crime our officers will take you seriously, treat your situation with the utmost sensitivity and do their very best to bring offenders before the courts,” said Cundy.“We can’t rule out the fact there may be other victims out there who suffered at Port’s hands and have yet to come forward. We would appeal for them to contact us as soon as possible.”

Is This Doctor Right About The Way The Corona Virus Should Be Treated?

Damaging Tornadoes And Storms Wreak Havoc In The Midwest.