The Fear Of God What Does It Mean? 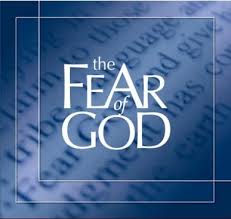 What does the Bible really mean when it says fear God? Is it emphasizing just a respect for God or does it mean something much more ? Many self proclaimed ministers teach that the fear of God can simply be defined as a respect for God. But is that in line with scripture? The truth of the matter is respect and fear are really two separate and distinct things. The fear of God actually plays a very important role in the whole conversion process.

The fear of God works in conjunction with the Holy Spirit in developing perfect righteous character. The fear of God is actually a blessing and is probably one of the most important contributing factors in developing Godly character in conjunction with being filled with the Holy Spirit, to insure that one is not condemned when judged and is ultimately born into the kingdom of God.

In this audio I mistakenly use the term she once when speaking about King Abimelech but obviously what I meant was he.Sorry once again just speaking a little too fast which I have a tendency to do.

About The Movie “Exodus: God’s And Kings”.

Q&A: The Quran Is The Holy Word Of God Not The Bible,The Bible Was Written By Men.

Destructive Fire And Rain Plagues Separate Parts Of The U.S.