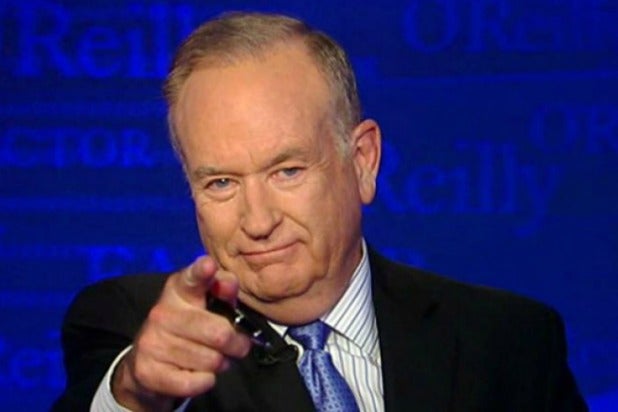 What is the big uproar about what Bill O’Reilly said? He makes the point that the African American family’s disintegration is due in part to the lack of strong, wise, black male leadership in the family,in the form of absent fathers.He also states that the repugnant violent rap lyrics targeting unsupervised black children is also having a major negative impact on the black family and community.Is this surprising?

This is actually something I have been speaking and writing about for some time and now, and whether the black community chooses to accept it or not. it is the absolute truth.The primary problem I believe stems from the fact that it is coming from the mouth of a conservative white man and unfortunately when that happens the white guy speaking the truth is automatically labeled as bigoted and a racist.

The truth spoken from the mouth of a black man does not normally go over well with the black community in many regards, God forbid it’s coming from the mouth of a white man, a conservative, opinionated white man at that. I will admit I don’t agree with much of what Bill O’Reilly says and he does come across as proud and arrogant, with a dash of pompous sprinkled in at times, but as it relates to this issue he is absolutely right.

I heard a white reporter claim that he disagrees with that statement because many white kids listen to rap music but are not influenced by it. But what that reporter obviously fails to understand is the white kids who in many cases listen to the rap music and are not impacted by it, normally come from structured family environments, homes where both parents are present.

But to suggest the destructive rap music only negatively impacts youth who come from one parent impoverished homes is really ridiculous. Any child who is consistently, continuously, introduced and exposed to music that glorifies violence, illicit sexual behavior, music that promotes biblically condemned behavior and  perverse sexual behavior, most certainly will be negatively influenced and impacted by it eventually.

Unfortunately it is even more damaging when impoverished children who come from broken homes are exposed to it, throw in the fact that many of these girls are impregnated at young ages by young men who have no or very little wisdom, knowledge, maturity and resources,. And who in many cases shirk from their responsibilities because irresponsible behavior  in many cases is being glorified in the rap music also.

It is also in many respects what they themselves have experienced and learned by being abandoned by their fathers. Young men who end up locked up for making the wrong choices by being followers rather than leaders because they have never learned leadership skills and responsibility, and you create a never ending cycle of poverty, ignorance and violence, which further serves to undermine and ravage the black family and community. After all,it all starts with the family, family is the foundation for strong, productive,vibrant communities.

Mr. O’Reilly was absolutely right. But a very important point that he has not addressed or refuses to acknowledge is the unmistakeable impact slavery and hundreds of years of unwarranted hate, racism,discrimination, prejudice and persecution of the black race has had on the black family and community.

Anyone who denies this is completely ignorant and deceived, or simply chooses to willfully reject and deny  historical facts and the truth. If you want to speak the truth Mr. O’Reilly let’s put all the facts and truth on the table and deal with it, not just bits and pieces of truth.

This has in all honesty ravaged the black family structure. The truth of the matter is the racism and prejudice was so prevalent, widespread and accepted at that time, that many programs implemented were designed to covertly, subversively, undermine and destroy the black race and family.

You come across as a man Mr O’Reilly who seeks knowledge, I would encourage you to educate yourself about these important issues and contributing factors. These things have in large part been catalysts that created or contributed to the influx of drugs into the black and minority communities, which in turn has resulted in broken homes which have further contributed to an environment that has produced the characters that you see on television and in rap videos who promote the violence, illicit sex and defiant behavior they rap about in their songs.

And honestly the brutality and savagery of slavery,  hundreds years of racism, hate, discrimination, and persecution of a people only because of the color of their skin and it’s psychological and emotional impact, and the residual effects of that racism and abuse cannot be denied.

And unfortunately  have been some of the primary contributing factors in many regards for all the destructive images we see in rap videos and news headlines. They are merely products of their environments, environments that have been influenced, formed, and cultivated by hundreds of years of hate, racism, discrimination,persecution and prejudice, simply based on the color of their skin, make no mistake about it.

But should it be used as an excuse to continue in a self destructive direction? Absolutely not! And it would be tantamount to racial genocide to continue to do so, but it should not be swept under the rug either, lest we repeat the mistakes of the past to the destruction of the whole nation. I agree with what you said about many of these self proclaimed black leaders, they most certainly should be powerfully addressing the issue of the disintegration of the black family which has been the result of one parent homes, absent wise, knowledgeable black fathers,exposure to repugnant violent rap lyrics, teen pregnancy,the influx of drugs into the black and minority communities, the promotion of perverse biblically condemned sexual behavior, etc.

If you want to tell the truth let’s be honest and tell the truth about all of it. This is the problem many of the legitimate black leaders have with you, forget the phony self proclaimed sellout black leaders, the self promoting, self absorbed, fame sluts and camera whores, who aren’t speaking the truth or addressing the real problems,and who are only motivated by their own selfish interest. These are as much apart of the problem as the absent fathers, the promotion of perverse sexual behavior, drugs, violent rap music and other forms of violent media, teen pregnancy, etc.

The issue of   the absence of fathers in the black family, teen pregnancy, drugs, violence and defiance promoting rap music, and other forms of  destructive music and media. As well as the promotion of perverse biblically condemned sexual behavior, all contribute to the destruction and undermining of the black race , family, community and nation as a whole, and certainly need to be seriously addressed and remedied.

But your problem is you appear to want to touch on just some points which honestly paints and incomplete and distorted picture and narrative of the plight of the black race, family and community. Which creates a distorted national and world view of the black race, which makes it worse, and because of this these leaders have very little respect for you and refuse to acknowledge you.

If you really want to garner support for the truth you say you speak Mr. O’Reilly, speak the whole truth confidently, without any spin as you say, and not just  partial truth, or bits and pieces of the truth. Which only serves to paint a false and distorted picture of the black race and family, a false, distorted, incomplete picture, of the real plight, history, and struggles of the black race, family and community.

Over 86 Minutes Of Video Footage Erased In The Laquan McDonald Murder.

Another Innocent Black Life Unjustifiably Taken By The Police?