In Politics, The NSA, The Obama Controversy, U.S. News 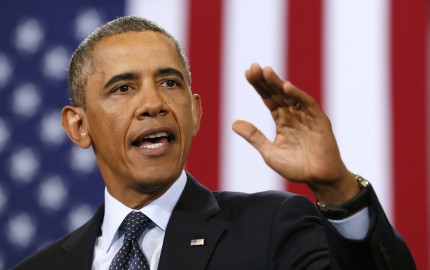 I have written on more than one occasion that this Presidents focus is and has been complete power and control. To further his destructive agenda. And I believe allowing Syrian refugees to enter this country in such dangerous times is merely another example of a power grab. I will elaborate and explain later in this article.

Not only am I convinced that this Presidents objective is to exploit the anarchy in terms of terrorist attacks,etc,that may surely ensue from allowing refugees to enter this nation. By increasing the NSA’s reach and access into sensitive data about American citizens,etc.

And as I’ve been writing about for sometime, his desire to push the bogus man made Climate Change theory I’m convinced fits directly into his diabolical schemes. The more politicians he can get on board in relation to supporting the bogus, debunked  Climate Change Agenda the more power and control he can yield to the EPA.

An organization which will use that power to completely control American citizens, organizations and big business,etc. To further his and future administrations destructive agenda. This in my opinion is not about compassion for Syrian refugees but in reality is a push to destroy freedoms, free speech and religious liberty amongst other things.

Under the guise of the fight against terrorism. He has already embarked on a secret campaign to label some bible truths as radical ideology. He may use those newly acquired powers in my opinion to work to silence free speech, and in so doing simultaneously destroy religious liberty, and many other freedoms.

The socialist movement under Bernie Sanders I’m convinced will be apart of the power grab. If he, President Obama, is successful and Bernie Sanders is elected as the first socialist, Bernie Sanders I’m certain will take what Obama has implemented to another freedom destroying level.  Silencing opposing voices, while at the same time elevating and establishing the destructive, perverse voices they want  to be heard. Voices who support their destructive causes.

By allowing an influx of Syrian refugees, and no one knows what that influx of refugees will be comprised of.  Terrorist will probably, realistically, makeup  a large portion of the influx and will then engage in terrorist attacks against specific targets in the U.S creating panic and fear resulting in chaos and anarchy.

President Obama then informs the American public that the government will need to enact much more extensive security measures to insure the American public is protected. In the form limiting other American freedoms. Such as silencing free speech as a deceptive propagandized effort to limit recruitment of radical Islamist here in the states,etc.

And probably even more extensive freedom compromising measures like marshal law,etc. To allow an influx of  Syrian refugees when radical Islamist have attacked and killed scores in France and promise to attack the U.S., is suspicious and very irresponsible to say the least.

This in my opinion has all the makings of a well coordinated and planned power grab that includes and will involve silencing voices this administration doesn’t want to be heard.  A well coordinated plan that will be designed to covertly destroy American freedoms, and that  will grow wings and take flight under the guise of an extensive all out fight against terrorism here in the states.

Build safe zones for the refugees, provide them with food and their necessities, as well as protection, as a coordinated effort between several nations not just the U.S. alone. Until the situation can be resolved, or until the refugees can be properly vetted as opposed to being rushed through the system to gain political points or political advantage.

This is the prudent way this crisis should be dealt with in my opinion. But to allow refugees to enter this country in such dangerous times. When we don’t have a clue where the enemy lurks is very foolish and irresponsible and wreaks in my opinion of something much more diabolical.

This is  not beyond the realm of  possibility. But is consistent with events that are already currently underway, courtesy of the Obama administration. Keep your eyes open. The writing is already on the wall. You can find more information below.