What’s Fueling A Worldwide Resentment And Hatred Of Black People? 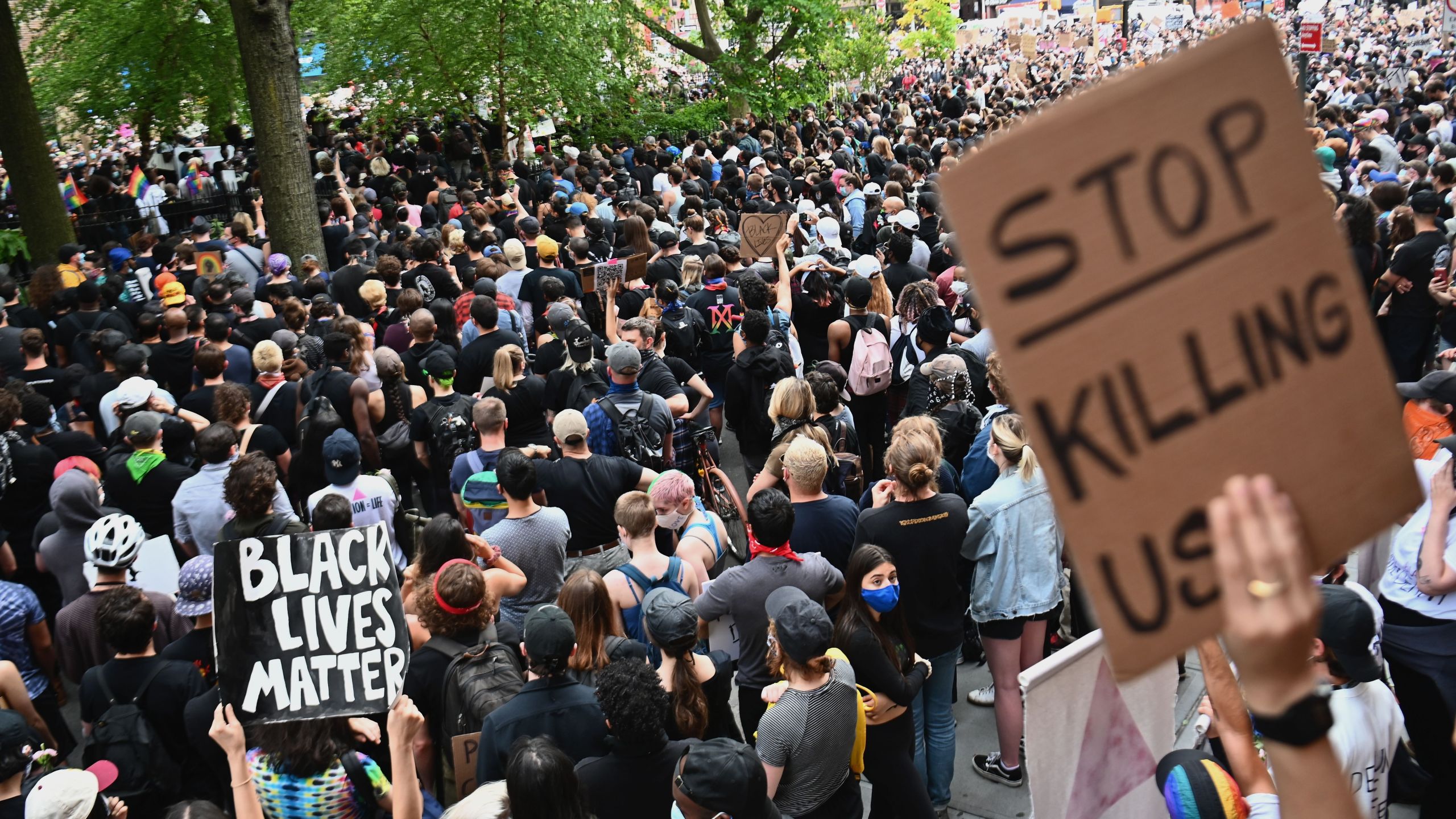 I have heard many black people over the last few days as a result of George Floyd’s death ask the question “why do so many people hate us?” And that’s a fair question. But the answer is so obvious and is staring you right in the face.

The perception of blacks is being largely constructed by a liberal media that falsely claims to want to be a solution to the problem, but at the same time regularly presents blacks in the most negative way. Instead of promoting positive images of blacks, they promote nothing but negative images that foster negative perceptions.

These forms of biased propagandizing media are being broadcast to nations around the world and are further fueling dislike and mistrust of blacks. U.S. citizens and the world are being fed a steady diet of negative information in relation to the black community.

And unfortunately, many in the black community are not helping the situation. Many are themselves assisting in the worldwide promotion of the negative stereotypes by willingly and happily airing all their dirty laundry and immoral behavior on programs like The Maury Povich Show, World Star Hip Hop, The Real Housewives Of Atlanta, and Jerry Springer etc.

The fact that blacks are willingly and happily portraying themselves as liars, thieves, cheats, etc, etc, etc, only confirms and gives validity to the negative stereotypes that are being promoted around the world.

This can only create the perception in the eyes of those who view the smorgasbord of immoral behavior that’s regularly promoted by the media and by many in the black community themselves, that blacks are untrustworthy and a wholly irredeemable group. Just listen to Joe Biden in the video below he will tell you about the consensus.

Now, most intelligent people know this is not true, but perception eventually becomes reality. And this is what these perverse groups who work to advance and promote the negative images and perceptions understand. And if the behavior doesn’t change the perceptions won’t and will eventually grow worse and more negative and hateful towards blacks.

Whether people choose to believe it or not these attitudes and perceptions are being infused and etched into the minds of those who are regularly fed a steady diet of negative propaganda.

Some blacks further add fuel to the fire and validate that way of thinking by taking part in some of the lootings that are breaking out in the midst of these protests. But as usual, the media only broadcasts blacks engaging in the looting when in reality, both blacks and whites were engaging in looting.

Peaceful protests are fine but when looting and violence break out blacks should be the last ones to consider looting and violence and instead should be running the other way. As opposed to participating, and in so doing further fueling hate and negative misconceptions, and perceptions against blacks worldwide.

If certain segments of the black community don’t completely change the way they think and behave as it relates to allowing themselves to be exploited by individuals and groups seeking to advance their own ungodly agenda’s, it won’t just be open season on blacks by racist cops but from the hands of other races as well.

You see it happening now sporadically in other areas and in different cities, with other races running blacks out of there neighborhoods for fear there will be looting by blacks in their communities. And this could be the tip of the iceberg.

The unending promotion of violence and the thug lifestyle by rap music and other forms of media is further exacerbating the negative perceptions many other races and nations have of blacks. You’re simply setting your own selves up for failure and destruction as a people.

Even the negative connotations associated with the names of many of these rappers are reflective of the styles and content of their songs. Names for instance like 40 Glock, Young Thug, Dog Face Killa, Murder Mook, Uncle Murder, Creeping While Ya Sleeping, etc, unfortunately, are all reflective of the violence and disorder in many black communities that much of the rap music is further fueling.

All funded and promoted by wealthy, racist, sexually perverse, radical, liberal left elites and elite organizations. For this to really work everyone is going to have to make sacrifices in terms of not being led and governed by their greed, lust, pride, blind ambition, etc. The last rap name was just something I created by the way.

I have also unfortunately heard some black leaders, politicians, etc, encourage looting as a form of reparations for blacks which I find very ignorant, disturbing, and sad, and is only adding fuel to an already volatile situation.

Encouraging illegal behavior as a form of payback for past offenses is not the way to go and will only further exacerbate the situation. Not to mention destroying their own neighborhoods, businesses, and economies. While many of those in privileged positions who are encouraging the looting, and violence, are far from the front lines, the flying bullets, and the criminal prosecutions.

This is only creating an environment of anarchy, chaos, and disorder. And I’m convinced when you consider there are far-left liberal radical groups primarily and some fringe right-wing groups that are inciting the violence via paid protestors who are financially compensated to stir up more racial hatred, chaos, and anarchy, and encourage and promote sexual perversions, as a way to further a more dubious and diabolical agenda.

Not to mention the establishment of a society that’s steeped in the practice of black magic and sorcery only plays right into their hands. They seek to establish a warped government and society springing forth from the remains of a collapsed society courtesy of those same radical leftist groups many who are funding, encouraging sexual perversions and promiscuity, and inciting the violence.

Even many in law enforcement are being brainwashed by the same radical liberal-left media that happily broadcast the negative propaganda geared towards promoting a negative perception of the black race and community. I mean, what other purposes could it serve?

Not to mention some white supremacist elements that, unfortunately, infect areas of law enforcement. Which by the way should be aggressively rooted out. But unfortunately, many blacks are playing right into the hands of the diabolical scheme evidenced by how they behave.

What they listen too, promote, support, and practice. There is a concerted effort to undermine and destroy society as we know it in hopes of building from the rubble of its collapse and failure a new anti-God society accepting of every sick form of behavior that enrages God while dishonestly and deceptively calling it love. Satan being the secret unseen force that’s fueling it all. The violence, rioting, racism, and sexual perversions that is.

And the liberal media is his the tool that’s painting a false narrative that’s fueling negative perceptions of blacks worldwide. And promoting sexual perversions, etc.

While many blacks themselves are further adding to the distorted perception because they are all too willing in many instances to be pawns in the propaganda by acting as forms of negative propaganda themselves, to a large degree. In the midst of the chaos and confusion.

I’m not speaking about the individual reporters themselves necessarily, but the corrupt media establishment that gives the reporters the green light and their marching orders and pays their salaries.

The Hillary And Bill Clinton Body Count……What Is It?

UFO Sightings–Setting The Stage For A Great Satanic Deception.

Have Democrats/Liberals Ever Been Guilty Of Encouraging And Inciting Violence When They Didn’t Get Their Way?