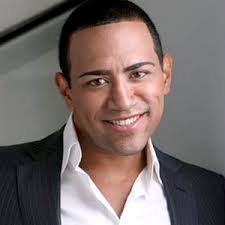 I’m not sure if he was gay or not but the picture above is probably one of the gayest pictures I have ever seen.Alleged gay actor and freemason “Michael Brea” decapitates his mother with  a sword and blames God, wow.

If  his alleged sexual orientation is true it makes me ponder the question, what lengths will the homosexual/bisexual/lesbian community go to misrepresent God and paint a completely false and erroneous  picture about him?

Actor Michael Brea was taken into custody after killing his mother with a sword and claiming God told him to do it.Based on  his account of the events his mother was cooking chicken and asked him to help pour the liquid off the chicken.

He said, he then asked his mother if she believed in God? She said no at which point he said he heard the  voice of God  instruct him to start striking her with the sword, police reports say his mother didn’t have a head after the attack.

The  explanation sounds absolutely ridiculous to me as it should to any rational individual.God is a God of love and as he states in James 1:13-15  he does not tempt anyone to do evil, God also instructs us to honor our mother and our father and not to kill.. Exodus 20:12-13.

Even if his mother was a liar, a slanderer, secretly jealous and envious of his potential, and resentful because he wasn’t shackled by several children at an early age and other premature responsibilities as she was.Five faced, fake and phony, completely unsupportive, hateful, a hoarder and a hypocrite, and intentionally interfered with and impeded his growth and progress by throwing roadblocks in his way.Because she didn’t want him to outdo or outshine her.The  worst example of a parent, and a sorry excuse for a woman, human being, and a mother, evil,wicked, is being powerfully influenced by Satan to insure her own physical and spiritual destruction when judged(although she is completely blind and  ignorant to that fact.)

Lied on him regularly to destroy his name and credibility, and to exalt and glorify herself.Treated him like dirt, harbors some type of sick,disgusting, perverted desire for own son.And is too blind to see that her problems originate from her own selfishness,resentfulness, pride, arrogance, and egotism.And many other  faults which she refuses to address and correct.

Would intentionally interfere with him contributing to the household in terms of bringing in food,etc, to paint a false picture to ignorant onlookers of a person who is not helpful or contributing.

And was the primary source behind the disunity of the family by promoting and encouraging sibling hatred and rivalry.And wont be happy until all of  her sons are incarcerated or have some felony record hovering over their heads.So she can stand alone in the eyes of ignorant onlookers as the only success story in the family.

Not understanding that success is about spiritual growth and maturity and material accomplishment second.Because the spiritual growth will determine how your story ends and whether you are blessed by God to continue existing and living.

If these were in fact some of the underlying,  motivating circumstances,which I don’t believe is the case.You  have to forgive her any way, and you don’t take matters into your own hands.God will judge her at an appointed time, and whatever she is guilty of she will be repaid for in full.

But this to me sounds like  another attempt by members of the gay and lesbian community to misrepresent God and paint a false  picture about him.While at the same time refusing to take responsibility for their own actions.

No Mr. Brea.. God didn’t instruct you to slay your own mother in such a brutal fashion, but your God the God of this world  probably did. And if the alleged accounts of him being homosexual are in fact true,this act and behavior would most certainly  be consistent with God’s prophetic statements about the warped spiritual condition an fruits engaging in these vile, perverted, sex  practices produce.

Don’t blame God Mr. Brea.Take a long look at yourself and be honest with yourself and take responsibility for your own actions.In reality God had nothing to do with it, maybe, perhaps, your father the devil really made you do it  John 8:44,  Romans 1:30-32, and simply  deceived you into believing it was God.

It’s part of an older lesbian feminist paradigm which says most of the problems in the world come from men.