Isaiah 13:4-6 – The Lord Of Hosts Mustereth The Host Of The Battle. 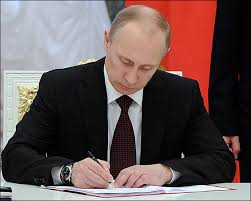 Russia has been covered  in news headlines quite a bit as of late, based on it’s recent annexation of Crimea a part of the Ukraine. Many politicians and world leaders view the  Russian move as a prelude to world war and world domination. But is it really?

Is this move by Russia the beginning of a push to conquer the world and is Vladimir Putin the real power behind it all, or is there a higher more powerful spiritual force that is  the real source?

What many people fail to realize, politicians, world leaders, true ministers, false ministers and citizens in general is that the moral direction America is taking is fueling  these events. Americas blatant defiance of God with the promotion and legalization of filthy ungodly perversions is leading to events playing themselves out as the Bible prophesied they would.

God has already prophesied that he would send a nation against the United States because of their abominable sins and although Russia may be indirectly involved, it will not be directly involved as the nation that God is raising up to punish the U.S..

But Russia’s push is quite possibly the trigger that will provoke the European Union to respond with a military buildup and appointment of a strong leader to bring the prophesied ten nation combine together to rise to fulfill it’s role in prophecy. And to punish the U.S., as these nations rise to prominence and power and the U.S. is steadily weakened because of it’s abominable sins.

Will President Putin initiate World War III? I doubt that very seriously, Russia wont be the aggressor or the nation that ushers in World War III but a German Led European Union will. Germany started both world wars and they will start World War III as well, the Bible says so.

But Russia which is referred to as Gog in the Bible is prophesied to be led by a strong leader referred to as the King Of The East and Vladimir Putin may very well  fulfill that role. And if so his push into Crimea can really only be defined as prophecy fulfilling itself. I don’t believe Vladimir Putin’s actions are based on a desire for world domination but simply involve making tactical and strategic moves in preparation for the rise of an even bigger threat to his nation and other nations. The  European Union rising to the pinnacle of it’s power, the rise of the  Fourth Reich.

The Bible tells us in Isaiah 13:4-6 that God is behind the rise of  and aggressive actions of these nations to fulfill Bible prophecy and it is all based on the moral direction the U.S./Modern Day Israel is taking. The truth of the matter is if America changes it’s moral direction and obeys God these events would not be playing themselves out as they are.

Because God is raising up the E.U. as his rod of correction to punish the U.S. Notice Isaiah 10:5-7, ancient Assyria is modern day Germany today, quite possibly using Russia as an indirect trigger to accomplish it. But it does not have to be, if the U.S. will repent by outlawing ungodly perversions and obey God there would be no need  for God to raise up the E.U. to punish them.

What is viewed by many as aggressive actions by  Russia I believe may ultimately be indirectly connected with the rise of the European Union to political and military prominence. And if so according to scripture God is behind it all. So blame cannot fall squarely on the head of Russia and it’s leaders but more so on the head of America and it’s leaders because of the ungodly immoral direction they are taking the nation.

Which is provoking God to do what he promised, raise up the E.U. to punish them, and Russia is quite possibly being used as a tool to accomplish God’s will. And  God  maybe instrumental in allowing the desire to make the Ukraine once again a part of the Russian sphere to be planted in Putin’s heart to bring it about. I’m convinced Putin’s actions have more to do with insuring the safety of his citizens and nation as opposed to a push for world domination or a desire to initiate or start a world war.

But his efforts in insuring that he’s operating from a position of strength may unintentionally and indirectly prompt the German Led European Union to galvanize it’s forces. And God may certainly be behind it all to fulfill his purpose by using Russia as an indirect catalyst to move the E.U. to respond so prophecy can be fulfilled by raising up the E.U. to punish the U.S. terribly for their sins and to expedite the return of Jesus Christ.

Ultimately before its all said and done America will be weakened by God and conquered by the E.U. with it’s cities laid waste. And an angel will eventually dry up the great Euphrates River which is another example of how God is using angels to manipulate the weather to accomplish his will because of mankind’s abominable sins as opposed to the results of man made climate change.

An angel drying up the Euphrates River will make it possible for The Kings Of The East the communist hordes (Russia and China primarily) and quite possibly India to cross the dried up Euphrates River so they and The King Of The North (The European Union) can engage in one last battle to determine who will be the final world ruling empire. Actions which will directly usher in the return of Jesus Christ.

But is Russia’s annexation of Crimea a desire for world domination or a desire to start World War III? I seriously doubt it. But the  catalyst for  all the aggression ultimately falls squarely on the head of  America as God raises up the E.U. by  allowing demons to manipulate and influence world leaders to accomplish his will. To punish America and other nations for their abominable sins.

When you understand the Bible it becomes clear that the actions of Russia are directly associated with God’s desire to punish a stiff necked, obstinate nation in America, for it’s proud, blatant defiance, as opposed to a desire by Russia for world domination. And America can stop the wheels of destiny from turning dead in it’s tracks by repenting and turning from it’s abominations, and if not you can expect World War III to ultimately break out, and the return of Jesus Christ to be ushered in, with America on the losing end of it all.

4 The noise of a multitude in the mountains, like as of a great people; a tumultuous noise of the kingdoms of nations gathered together: the Lord of hosts mustereth the host of the battle.

5 They come from a far country, from the end of heaven, even the Lord, and the weapons of his indignation, to destroy the whole land.

6 Howl ye; for the day of the Lord is at hand; it shall come as a destruction from the Almighty.

12 And the sixth angel poured out his vial upon the great river Euphrates; and the water thereof was dried up, that the way of the kings of the east might be prepared.13 And I saw three unclean spirits like frogs come out of the mouth of the dragon, and out of the mouth of the beast, and out of the mouth of the false prophet.14 For they are the spirits of devils, working miracles, which go forth unto the kings of the earth and of the whole world, to gather them to the battle of that great day of God Almighty.15 Behold, I come as a thief. Blessed is he that watcheth, and keepeth his garments, lest he walk naked, and they see his shame.16 And he gathered them together into a place called in the Hebrew tongue Armageddon. 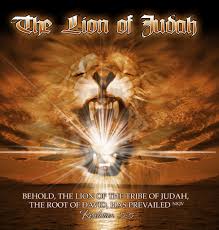 Listen: Lion Of Judah: The Bloody And Violent Return Of Jesus Christ Part 1

Listen: Lion Of Judah: The Bloody And Violent Return Of Jesus Christ Part 2

The Prophesied Rise Of The Strong Man Of Europe?:Former German Defense Minister “Karl Guttenberg” Resurfaces After His Exile In The U.S.

I Agree Big Tech Bullies Should Be Held Legally Accountable For Their Fascist Tactics Against Those Who Disagree With Or Speak Out Against Their Extreme Radical Progressive Social Engineering Agenda And Their Censoring Of Free Speech.