Is All Sin Equal? 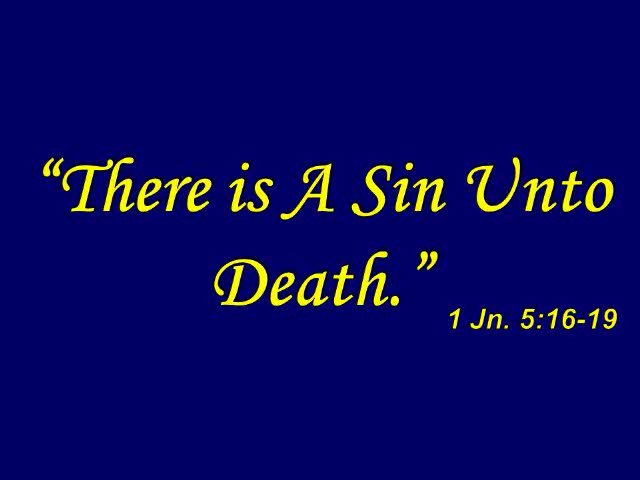 All sin is equal is the opinion that many self professing ministers are voicing but is that statement and or belief supported by scripture? is all sin equal? I mean where or how did that theory originate and where did it come from? because I can tell you that it is not supported by the bible at all  and I will prove that momentarily. But in all honesty I can pretty much determine how that false teaching originated, and you probably guessed it, by false ministers completely misinterpreting the word of God, because that is how pretty much every false teaching or false doctrine originates by false ministers grossly misinterpreting the word of God, but the truth of the matter all sin is not equal, the truth of the matter is some sins are much more offensive to God and will exact a more serious punishment from God than others when judged.  Notice for instance

30 Men do not despise a thief, if he steal to satisfy his soul when he is hungry;

31 But if he be found, he shall restore sevenfold; he shall give all the substance of his house.

As it relates to the sin of theft according to scripture we are not to despise the person if they steal to satisfy their soul or hunger but  we are to have them pay sevenfold for what they stole, now notice Leviticus 20:13 and how the sin of homosexuality is to be punished by death, now that is an old law and we are not to put anyone to death now because we are under grace and not under the old law of condemnation, God will render punishment as scripture determines certain sins should be punished when those sins are judged by God, if the sin has not been overcome or departed from on the day it is judged.

But the bible clearly informs us in Revelation 21:7-8 how it will be punished on the day of judgment if not departed from, it should also be noted that stealing is not deemed punishable by being cast into the lake of fire,stealing is not even mentioned in Revelation 21:7-8 as being punishable by death in the lake of fire, but murder, lying, sorcery, abominations like homosexuality and lesbianism etc are, but why is that, why are some sins punishable by being cast into the lake of fire and others are not?  Well because God understands fully the type of destructive impact the specific sins mentioned above have on the physical and spiritual lives of those that it is practiced against, as well as on the lives of those that engage in it themselves, they are much more damaging to the lives of people on a physical and spiritual level as opposed to stealing for instance which although a sin is not nearly as impactful, and simply amounts to theft of property which can always can be replaced. But  in terms of how destructive lying and slander are on reputation for instance is, and how they are considered much more damaging and destructive and difficult to remedy, and murder of course and how destructive it is, as well as homosexual/lesbian behavior and how destructive it is on a physical and spiritual level, things that are much more destructive, impactful and much harder to remedy if they can be remedied or corrected at all once they have fully taken control of the lives of  the individuals who are led by the sin.

30 Men do not despise a thief, if he steal to satisfy his soul when he is hungry;

31 But if he be found, he shall restore sevenfold; he shall give all the substance of his house.

13 If a man also lie with mankind, as he lieth with a woman, both of them have committed an abomination: they shall surely be put to death; their blood shall be upon them.

Christ also informs us in  John 19:11 that the man who delivered him into the hands of his enemies is guilty of the greater sin, so obviously in the eyes of God/Christ some sins are more offensive than others, notice

11 Jesus answered, Thou couldest have no power at all against me, except it were given thee from above: therefore he that delivered me unto thee hath the greater sin.

16 If any man see his brother sin a sin which is not unto death, he shall ask, and he shall give him life for them that sin not unto death. There is a sin unto death: I do not say that he shall pray for it.

17 All unrighteousness is sin: and there is a sin not unto death.

So you see not all sin is viewed as equal in God’s eyes some result in the death penalty when judged and others don’t. So is all sin equal? according to the word of God absolutely not, that is all the more reason why we should work to modify our behavior to avoid the more offensive transgressions and to ultimately overcome sin altogether.

The Bible Is All Sin Equal, The Truth Plain An Simple

Ascension To Heaven Or Resurrection To Judgment?

Kathie Lee Gifford Talks About Her Relationship With Jesus.