Grace…What Does IT Really Mean? 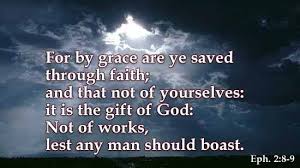 If you are experiencing trouble playing the audios it may be because of your browser. If you are using firefox you may need to go back to earlier versions of firefox because it appears the newest version of firefox prevents the audios from playing.Or try browsers like comodo dragon, internet explorer, safari or google chrome,these browsers should allow you to play and listen to the audios without any problems.

What is grace and what is the purpose of it? So many ministers have taught on the subject of grace but all seem to be saying the same thing.The same biblically inaccurate and distorted theme.Teaching that grace is a license to sin. But when you study God’s word you begin to clearly see that how most self proclaim ministers define grace is not consistent with how the bible defines grace.

Most teach in so many words that grace gives you the green light to behave in anyway you like, without worrying about repercussion or consequences, because you are under grace and no longer under the law.

But what does the bible mean when it says you are no longer under the law..but under grace? What law is it talking about? And does grace give us the right to continue in sin as many of these self proclaimed ministers teach?

The truth of the matter is when you study scripture and allow the bible to properly interpret itself as opposed to applying your own personal interpretation to scripture you will see that it is painting a completely different picture and telling a much different story than many of these self proclaimed minister teach. When you carefully study scripture you see that grace is not a license to sin and to believe that lie can result in condemnation when judged.

One is the grace that Christ and or God showed by shedding his blood for the sins of men this is the grace that is outlined in Ephesians 2:8-9. A verse that is normally taken completely out of context by false unlearned ministers, who twist it to make it seem like works are not necessary in the whole process of repentance and conversion. And  also to make it appear that grace is a license to continue in sin.

The other component of grace is the grace that is free unmerited favor that is shown to the called in terms of protection and watching over them to bring them out of the world into total conversion and ultimately being born into the very family of God.

Also a a type of pardon for sins once the believer has stumbled..a forgiveness for the infraction is imparted at which point the believer is to work diligently to overcome the sin or thing that offends God or  is contrary to him and his word. But it is not a license to willfully sin as many false ministers teach.

And as we study God’s word I hope to make that clear to you. So let’s study God’s word to find out what grace really is and what purpose it really serves. I make the statement in this audio that the righteous use grace as a license to sin but obviously what I meant was the wicked use grace as a license to sin just speaking a little too fast…sorry.